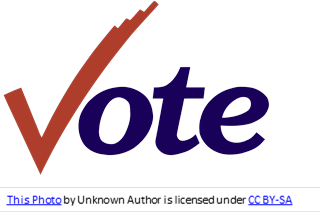 October 5, 2018 (Julian) - First, let me say that I’m voting for Ammar Campa-Najjar for Congress because I’m a life-long progressive Democrat and because of Ammar’s positions on issues such as healthcare, the environment, immigration and education.

I’m also voting for Ammar for a very personal reason. I met Ammar back in February 2017 when he came to a meet-and-greet at the invitation of Julian Indivisible. As our group’s videographer, I filmed the question and answer segment. During the informal chat that followed, I shook Ammar’s hand, thanked him for coming and we talked briefly about politics, during which I mentioned that I am a transgender woman and activist.

A few months later, I filmed a candidate forum for the 50th’s Democratic primary. I was setting up my camera equipment in the back of the room, oblivious to the people coming into the auditorium, until someone tapped me on the shoulder. I was surprised to see Ammar who remembered my name and apologized to me for Trump’s remarks about trans people. A few days earlier, Trump had said that he was banning transgender people from serving in the military. I thanked Ammar and we hugged and went about our business.

With the exception of my wife, I never told anyone about this private encounter. But I think it’s important now to let people know that Ammar made the time to connect with me and express his concern. He didn’t have to go out of his way and engage me. No one was watching or listening. No political brownie points, just one person to another.

And that’s one of the reasons I’m voting for Ammar, because for him, I’m an individual who matters. If it’s important to you that your representative in Congress cares about all people, then I encourage you to vote with me for Ammar Campa-Najjar.