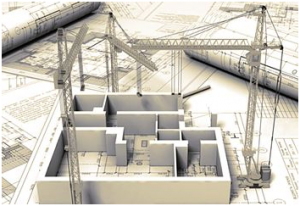 1. The DRB has a specific, distinct and necessary function that does not naturally reside with the city’s Planning Commission. The roster of the former does not mimic the latter for good reason. The professional backgrounds required of DRB members and the Board’s explicit responsibilities are clearly and purposefully separate from those of the Planning Commission. Asking the Commission to supplant the DRB presumes that Commissioners are qualified, able, and equipped for an additional and quite different function. They are not.

2. Beyond expert review and assessment, the DRB is an important point of access for citizen input and oversight. The Board makes the Council’s campaign talk about transparency, accountability and participation a little more real. What would residents gain in return for losing the Board? Nothing. Then, who are the real beneficiaries?

Instead of another attempt to shut out concerned citizens, and shrink the review process, the Council ought to improve access and seek public engagement. After all, when projects are complete and developers move on, who is left with the consequences of their work?

3. The composition of the DRB is the City Council’s responsibility. The DRB serves at their pleasure. Has the Council neglected it? Rather than shirking their duty by eliminating the Board, the Council could think through the DRB’s unique mission and ensure it receives appropriate resources. Simply citing construction industry advisors, who – surprise! – would like to see these civic boards disappear, is disingenuous and hardly worthy of the Council’s announced aspirations.

4. Council members who argue that they are only trying to streamline the process ought to be reminded that it was their bungling that delayed the process in the recent flap. Moreover, their mandate is to serve the present and future interests of La Mesa residents, and not the schedules of development companies.

It is tempting to just laugh and shrug off the Council’s feckless attempt to scapegoat the DRB. Except, this is no laughing matter. And killing the DRB is no fix. It’s yet another fumble, with long-term consequences for all La Mesans. The Council was elected on the promise of doing better. Why not start by better supporting the DRB?

Citizens are being told that our Design Professional’s value doesn’t outweigh streamlining the process for Contractors and Developers and that our Planning Commission can serve just as well in the role as the Design Review Board. I believe that having more eyes and voices on future projects of Construction and Development serves to prevent individuals who have a very strong sphere of influence on decisions, like a vote to approve or disapprove something, as our City Council has, or the power that a business owner with a large footprint in La Mesa Village may potentially have. I want those that are more likely to serve the majority opinion of Citizens as a whole rather than a potentially narrow or personally preferred one.

As I understand it, the three for and two against vote on the DRB on the Little Flower Haven Project, that prompted Council Members Baber and Alessio to sponsor all this, was about Mixed Use. Two City Staff and one Archietect that was formerly employed by Silvergate LLC, and is now serving on the DRB, didn’t want the project to be mixed use and the other two Archietects voted against the project because there was no proposal from the Developer that included Mixed Use. Is it common for this kind of split vote to rear its head on the Design Review Board? Isn’t this what Archietects are trained to do? What caused the split? If this project is a, much bandied about, Transportation Hub then why no mixed use? Isn’t Urban Development that serves a Transportation Hub supposed to have businesses that serve that hub? Coffee Shop, Deli, etc for all the Public Transportation Hub Commuters? Apparently for some reason it was not. Is it common for a Design Review Board to disagree on their final vote and two City Staffer’s vote ends up determining an outcome? Solution? Get rid of Design Review Board. Given recent events that took place at LFH, it feels like the City Council is now trying to “tie the hands” of the Citizens of La Mesa by limiting Citizen participation and input through our system of Boards and Commissions even if it’s comprised of two City Staffers. Why not just replace City Staffers with qualified Citizens? It boils down to not being just about the trust component but the ability to feel that our current system provides us a strong buttress that allows us to “trust and verify” through valuable Citizen participation and continued hands-on involvement in our City process.

This is an excerpt from a description of what Del Mar DRB describes as its primary function.

As part of the review process, application proposals are evaluated for their consistency with the provisions of the Del Mar Community (General) Plan and with the City's Zoning Ordinance as well as consistency with the applicable Design Review standards, found in the Design Review Ordinance (DRO). The Design Review Board's review involves an evaluation of a structure's placement and size, the materials and colors to be used, and in the case of a new structure, the type and extent of the landscaping proposed. It also involves an evaluation of the project's compatibility with surrounding development.