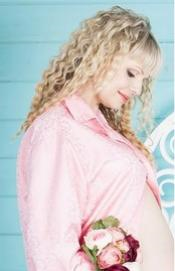 January 30, 2016 (San Diego’s East County) — The “pro-life” movement ignores the lives of expectant mothers—and that’s both heartless and dangerous. Nobody should force their religious views onto a woman with a life-threatening pregnancy, or a woman who learns her child has an incurable, debilitating defect such as the thousands of women in Brazil who contracted Zika virus and gave birth to babies with severe brain damage.  In some Latin American countries, women have no choice even if they contract Zika in the first trimester – since abortion is illegal but the disease is rampant.

This week, the anniversary of the Roe v. Wade decision that legalized most abortions, the Supreme Court is just one vote away from overturning that decision—and the next president will appoint the new Justice.   Every single Republican candidate wants to overturn Roe v. Wade, putting women’s lives and freedoms at risk.

Most want to ban abortion even for rape victims and even for little girls molested and impregnated by a relative through incest.  Some candidates want to outlaw abortion even when a woman’s life is in danger (such as needing cancer treatment, having hypertension, or a tubal pregnancy). All of them want to take away a woman’s right to end a pregnancy when the fetus has no brain stem, serious brain damage, or other horrific conditions.

This is religious zealotry carried to a dangerous extreme.  If you believe a fertilized egg or a fetus without a brain should have more rights than a woman, even a woman with a life-threatening condition who may have other children that need their mom, then don’t have an abortion. That’s your choice and I respect your right to sacrifice yourself rather than save yourself for your already-born kids.  But don’t impose your narrow-minded views on other women and their families.

Give women the right to life, too and stop victimizing victims already undergoing agonizing choices when they are raped or carrying a fetus with horrific deformities.  On these points, all sane people should agree.  But of the presidential candidates, only the three Democratic candidates and some minor-party candidates care about women’s lives.  The choice at the ballot box could not be more crystal clear if you care about women’s lives.

When it comes to healthy women carrying healthy babies, the best way to prevent abortion isn’t a ban, but making healthcare, counseling and a support network available to women who might otherwise choose abortion.

Many states have already imposed restrictions that force women to drive hundreds of miles to clinics, have waiting periods, or flat-out ban abortion after 24 weeks—even though ultrasounds can’t show many serious deformities until after that.  But guess what?  Outlawing abortion doesn’t eliminate it, it only makes it more dangerous.

Texas has had over 100 self-induced abortions recently.  When abortion was illegal in California, thousands of women crossed the border to get illegal abortions in unsterile conditions in Mexico.  UCLA Medical Center treated many sad cases of women who bled to death or were left sterile or butchered as a result.

Meanwhile the right wing has whipped up the “pro life” side into a frenzy with undercover videos at Planned Parenthood clinics.  But guess what? Numerous states that investigated found no wrongdoing by Planned Parenthood, even in Republican-controlled states.  Now a Texas Grand Jury has not only cleared Planned Parenthood, but indicted the video makers on criminal charges that include falsifying evidence, such as showing a miscarried baby at another location and pretending it was a late-term aborted fetus.

Of course, nobody wants to see late term abortions if there are better alternatives.  Roe vs. Wade actually has sensible rules.  In the first trimester, before a fetus has developed nerves or feels pain,  abortion is entirely up to the mother.  (It makes no senses to force delays in getting abortion, since that could push it into a trimester where a baby COULD feel pain.)  In the middle trimester, after viability, states could impose reasonable limits such as banning abortion of a healthy fetus by a healthy mother, but allowing abortion of, say, a baby with serious birth defects or a mother who needs cancer treatments she cannot receive while pregnant. (Some states strayed into unreasonable limits, many of which have been struck down by the courts.) By the last trimester, abortion is only allowed under for serious situations such as a mother who could die without an abortion or have their health severely harmed.  So those who claim to be 100% “pro life” are really “women killers.”

Also worth noting: those same members of Congress who claim to be “pro life” and anti-abortion also consistently vote against funding programs to care for children after they are born, such as nutrition, healthcare and child care for poor women and their children.  That’s not “pro life,” that’s just pandering to extremist zealots who vote at the expense of babies already born—children who should merit more concern than a fertilized egg.

The mosquitoes that carry Zika virus are now found here – right here, in San Diego County.  If the disease takes hold, do you want your daughters, sisters and friends forced to give birth to babies with miniature skulls and only partial brains?  Even without Zika, do you want their rights taken away if tests reveal another serious condition (such as a friend of mine, whose fetus had all the organs growing on the outside of the body and could not possibly have lived more than hours after birth)?  Or if the woman develops cancer and needs treatment? Or has another life-threatening condition? If she’s brutalized and raped, should she be denied a morning after pill and forced to give birth to her rapist’s baby?

But that’s exactly what’s going to happen if we elect a right-wing President who will stack the court for decades to come with one or more Justices who don’t value women’s lives.

Funny thing about people that are pro abortion, they have all been born. My mother was a unmarried teen and she chose life/adoption. I am forever thankful for her choice and of course that shapes my view on this topic. There are to use your words dangerous extremes on both sides of this argument and agreement on even a baseline establishing what is life is illusive for some. Perhaps if we could agree that all lives matter, the mother and the baby we could start from there.
...it's mainstream Christianity. Read the bible, which many Christians believe every word of, and see phrases like. "He said to the woman: I will intensify your labor pains; you will bear children in anguish. Your desire will be for your husband, yet he will rule over you." ...And a woman's loss of reproductive freedom is only one example of non-equality, there are many more -- I don't have to tell you that. My point is that it's only one part (albeit the worst) of a general pattern. So blaming only "religious zealots" is not seeing the whole situation accurately.