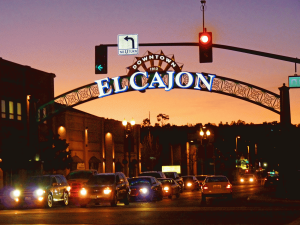 Nobody likes taxes. In a perfect world, we wouldn’t need tax money to protect and preserve our cities. Unfortunately, we do not live in a perfect world. We live in a world of inequalities in funding, demographics, crime, and fire danger.

Why does El Cajon need this sales tax measure of ½% above the current rate? For many years, the City of El Cajon has done more with less. Did you know that the City of El Cajon receives less than half the proportion of property tax distribution compared with some of the wealthier cities in our county?  More affluent cities in the county, such as Encinitas, Coronado, and Carlsbad, have been permitted, by their long-standing tax-sharing agreements with the County, to retain a larger percentage of the property taxes paid by property owners. Meanwhile, cities with lower household incomes and property values are forced, because of their tax-sharing agreements, to give a larger portion of their property taxes to the County.

It is no secret that El Cajon has become a dumping ground for vulnerable homeless populations. It is costly and labor-intensive to properly and legally reduce homeless populations, and prevent associated crime and financial liabilities caused by a large population of unhoused individuals in an area with minimal services available to them.

How will it be spent? There has already been a council-approved tentative budget for the spending. This budget includes tentative allocations for 20 more police officers to help increase patrol, enforcement, stolen property recovery and the enhanced response to quality of life issues. Funding may be used to reserve space at the county jail to aid in booking misdemeanors (something that is not allowed for most crimes and contributes to misdemeanor crimes occurring).

With over 16,000 requests for service annually, the fire department now relies on outside cities to help with responses – impacting its ability to respond as quickly as possible. This sales tax measure may fund additional apparatus and staffing to decrease 911 times and have better response capabilities for ever-present wildfire danger.

This measure is structured in a way that garners bipartisan support. It will have an oversight committee that includes a representative from the San Diego County Taxpayers Association. It will be the first sales tax measure to have a clause for it to be repealed by citizen vote or council vote. It is endorsed by Republican and Democrat leaders, the San Diego County Taxpayers Association, the East County Chamber of Commerce, the El Cajon Firefighters, and the El Cajon Police Officers’ Association.

The benefits of decreasing homelessness, crime, and 911 response times, along with improving parks, streets, and public spaces, all add to the value of El Cajon. This value is not just in the quality of life, it is in keeping insurance costs down for residents and businesses, improving property values, and preserving our community.  We stand for protecting El Cajon for the future and strongly support Measure P.

Whoever wrote this article either doesn't live in El Cajon or they are pretty wealthy. I say this because any single parent working for min. wage, 40 hours a week, who lives in this city can tell you the last thing they need is to pay more taxes. The city has lied to the citizens before at election time, example El Cajon becoming a charter city was supposed to keep us from giving raises to our unrepresented employees every year, but that never happened in fact they get a raise every year and now our city manager makes the second largest salary in San Diego County right under the mayor of San Diego. Really? How does that happen when we are the poorest city in San Diego County? The city government has NEVER listened to the citizens unless the media got involved and made them look bad. Mark my words if this measure does pass, the homeless problem is not going to get any better (the budget this year doesn't even have any money going toward that), our parks won't change ( the city has lied about money for that), and the citizens will not be able to end this tax whenever they like ( there will be a endless amount of BS to go thru and the council will vote against the people like they always do). There are other ways the city can cut their spending without making us all pay for their incompetency on how to balance the budget. How about some of that rainy day fund Mr. Wells. Please don't be fooled by the keywords they use, it's all about them not us!