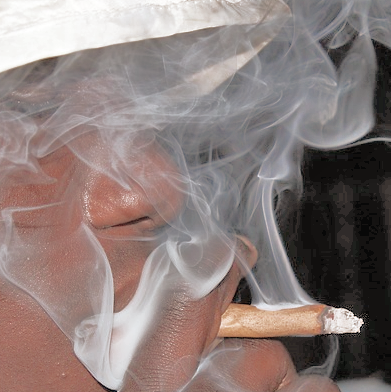 
Here's the kicker:  Measure V stipulates no MJ sales "in residential zones and areas where children congregate." BUT we all know that residential use will be the name of the game regardless of whether a school, church, daycare, public park or your own home is nearby. Home use can lead to home sales ("the pot peddler next door").

The Sheriff can inspect MJ storefronts only with prior notice, not within minutes of a call from an anxious person reporting criminal activity involving MJ.

And get this: Measure V requires a lone security guard inside during business hours, not outside protecting the public and/or customers bearing cash and MJ. This means open city for thieves and their weapons.

Measure V complains about lack of access to MJ for those in pain. Please. MJ is advertised in the San Diego Reader and online. It's cultivated, processed, made into candy and baked items, and delivered to the door. It is on school campuses. It can fall easily into the hands of our K-8 kids. We already have local smoke shops and gas stations peddling "vaping products," which lead to use of pot and other drugs as the night follows day.

Measure V will be the third time we've had to fend off the unspeakable in pursuit of the unthinkable. Lemon Grove adopted medical MJ regulations and safety measures in 2011. It has just spent a year shutting down a brace of local illegal MJ peddlers. Our City did the right thing.

We hope no one on the Lemon Grove and La Mesa city councils, now or in future, despairs of fending off MJ dispensaries or succumbs to the siren song of Big Taxes on Big Pot as a way to boost local revenues. It's also a way to shred our reputation as a "friendly, neighborly town" and send us into free fall, to wit:

The crime rate in Colorado has risen. Some are eager to claim that crime sinks when MJ is legalized. But the Colorado Bureau of Investigation, Dept. of Public Safety, reported a 9% rise in crime between May 2013 when Big Pot was legalized and the close of 2014. Since then statewide crime has risen 21%. That's an "explosion" in plain English.

The Denver Police Department, which started keeping track of these numbers a year earlier, found that marijuana-related DUI citations doubled between 2013 and 2014 (from 33 to 66), then rose again in 2015, from 66 to 73.

Pot peddlers and their customers are not puffing benignly on a couch with no thought of nefarious behavior. They are making millions, frying their brains, and you and your kids--and your town--be damned.

Horseshit. It is people like this that misinform the public. The reality is that I would suspect that as much as 60% of Lemon Groves population smoke POT. Most of them get it from the couple of illegal dispensaries , I know the one near Home Depot is finally gone, and the one near that horrible trailor trash park, that taxes or law enforcement on a daily basis is closed, and the one down on broadway near yet the millionth barber shop in LG, can't we get real businesses like La Mesa and clean this city up so people will come here? And most run over to Spring Valley on Grand and on Try, where 500 people a day must be goijng through those illegal spots... or hooking up with people on the streets. The fact is people smoke POT do edibles, vape...for whatever reasons.. why not have a safe place , one that actually pays taxes to the state and city? THIS ENTIRE ARTICLE IS A LOAD OF CRAP! makes you wonder what the person that wrote it was on.
What a gross and misleading piece. Your bias shines through with insults like "60,000 addicts". Hope it keeps its lead and prevails over the deceitful tactics of the opposition.