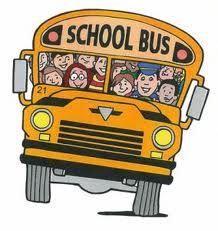 October 6, 2011 (La Mesa) -- The Church of Christ on Jackson Drive in La Mesa is renting its building to the Mountain Empire School District for a charter school. Last year the school started with 80 students. Their conditional use permit (CUP) with the City of La Mesa stated a limit of 100 students. This year it enrolled 180. The school requested a change in its CUP at the Planning Commission at the end of August, only a week before school started.
The Planning Commission then passed it on to the La Mesa City Council.  Apparently, the church decided that with or without permission from the City Council  it would enroll as many students as it wanted and that it would not follow law as outlined in the CUP. At the City Council meeting, Pastor Troy Wagner asked, "What are we supposed to do? Send 80 students home, 60 of which are La Mesa residents?"  He indicated that they want to enroll 259 students next year.
Apparently, the church can do as it wishes and flaunt the rules of the City of La Mesa, but the rest of us are expected to follow the rules or face consequences. At the meeting, church supporters filled the City Council Chambers with parents and children to the extent that chairs had to be set outside.  The neighbors who have been impacted by this influx of noise, people, and traffic were certainly out numbered.
The parents and children of the school seem to think the neighbors want to close the school. We simply want the church to follow the rules as the rest of us are expected to do. Of course, the City Council allowed them to continue with the 180 students. And due to the City Council's action I have no doubt that the increase to 259 will be granted.
Aside from this increase in students issue I was appalled to learn that a charter school may operate in a building that does not meet the State requirements for earthquake safety. Imagine 259 students in a church basement when a large earthquake hits!