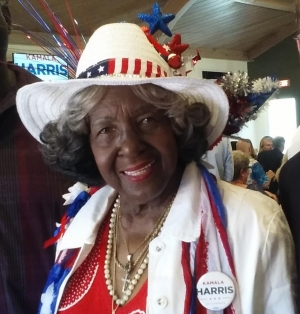 February 1, 2022 (San Diego) – Born during the Great Depression, I was in my 30s when President Lyndon Baines Johnson signed the Civil Rights Act, guaranteeing that after taking office, he would pass a major tax cut bill, the Clean Air Act, and the Civil Rights Act. In addition to banning job discrimination, these laws also forbade segregation of public accommodation (for example, not allowing blacks to use the bathroom).

Congress passed and LBJ signed into law the Voting Rights Act. But in 2013 Chief Justice John Roberts, Judges Samuel Alito, Anthony Kennedy, Antonin Scalia, and Clarence Thomas stripped the President's Attorney General and the D.C. District Court's roles in preclearing voting changes in some jurisdictions known for disenfranchising African Americans. Thomas supported this despite having  benefited from affirmative action himself and knowing the effects of discrimination firsthand.

The Court punted the ball to Congress, finding that Congress should come to an agreement on ensuring blacks aren't disenfranchised in nine states and some other historically discriminatory places, in some other fashion besides the Voting Rights Act which Congress had already passed and renewed. But with 60 votes in the U.S. Senate needed to proceed with a vote on new voting rights legislation, the Senate has failed miserably. Only 48 members, all Democrats, voted to change the filibuster rule to allow a vote. Every Republican voted against, along with two Democrats.

Following the end of reconstruction, after America's Civil War, according to the History Channel:

“Violence was on the rise, making danger a regular aspect of African American life. Black schools were destroyed, and bands of violent white people attacked, tortured and lynched Black citizens in the night. Families were attacked and forced off their land all across the south."

How are they able to destroy the progress we made 56 years ago, the way the politicians, KKK and local police forces across the south destroyed the progress African-Americans made during post-Civil War reconstruction? Why is this happening over again?

We're back to fighting to keep and effectively exercise our voting rights throughout the entire United States of America. I never thought at 34 years old that at 90 it would still be such a fierce battle for African-Americans in (primarily) the south to one person, one vote.

great article. lets hope something will be done. the retrumplicans are making this country laughable.