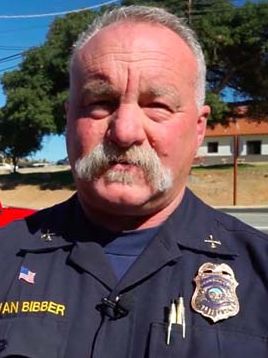 April 14, 2019 (Julian) -- A message to our family, friends, and neighbors in the Julian-Cuyamaca community, throughout California, and across the United States:

The men and women of the Julian-Cuyamaca Fire Protection District are facing an illegal government takeover of our volunteer fire department — San Diego County’s last volunteer department — and that’s putting the public at risk.

Throughout our history, JCFPD has been responding to emergency calls in our community: heart attacks, car crashes, wildfires, you name it. More than 60 members strong, we proudly serve everyone in the community — whether local or visitor, young or old, rich or poor, regardless of culture or creed. We are woven into the community’s fabric and remain in the station ready to serve in the event of an emergency.

Legal documents and bureaucrats call this place a “special district.” We call it “home.”

Normally we’d be waiting here in the station until someone calls in need of help. Our history has always been responding to calls for help. But today is different.

We were formed years ago by this very community because everyone knows, in our remote part of the county, that local knowledge of the area means getting to each emergency faster than any outsider could. Our knowledge can literally mean the difference between life and death.

Unfortunately, and inexplicably, the county government has placed this community at grave risk by illegally “dissolving” our department and handing over all fire and EMS responsibilities to a state bureaucracy. Our lawyer (Cory Briggs) informed the county that finishing the dissolution process would be illegal because a judge had ruled three days earlier that the decision to start the process was “null and void.” Yet within minutes of ignoring the judge’s ruling and declaring our department dissolved on paper, the county sent armed sheriff deputies in body armor to forcibly remove us from the stations. They broke through a window at one station and took it over.

We have locked ourselves in the remaining station not in protest or defiance, but in order to ensure that the people who can best respond to an emergency are here to do so when the call comes. We have the training, experience, facilities, and equipment to keep our community safe. The county bureaucrats, and the state agency they are paying to take our place, do not.

We are peaceful. We are not armed. We wish no harm to anyone. We will abide by the court’s rulings.

However, even though we have confidence that our lawyer is doing the best he can under the circumstances, we do not have full faith in the legal system. The county has an army of lawyers. County officials have knowingly pushed the dissolution process forward even though they knew there was a legal challenge to the decision to start the process. Nobody at the county cared. They decided to take control over the department and its money long ago, no matter how that legal challenge ended and no matter how poorly served the community would be with us gone. And when they were not distorting existing rules to their advantage, those officials were literally writing new one-sided rules to hurt us.

Yes, the community won the first legal battle. But county officials continue to manipulate the legal system; their lawyers call us “the crazy people at the Julian FD.” In the end, we might not win this war.

So while we are hopeful that justice will eventually be done in the courtroom on Tuesday, we cannot be confident. The best chance for our community to prevail against this hostile government takeover is for you to contact all five county supervisors — right away, please — and tell them that you #StandWithJCFPD.

Every one of us has pledged to protect this community. But after last Monday’s vote to complete the illegal dissolution, the county indicated that we no longer have legal protections as firefighters and paramedics.

What if there is a car crash with injuries or a house catches on fire? According to the county, we have no legal right to respond. By using the department’s equipment and vehicles, we could be prosecuted for vandalism or theft. By performing CPR, we could be prosecuted for assault and battery. By putting out a fire started suspiciously, we could be prosecuted for interfering with a crime-scene investigation. The county has put us in the gut-wrenching position of having to decide between losing our life’s savings and our freedom versus coming to the aid of people needing emergency assistance. What kind of a government does that to constituents and first-responders?

If you think that prosecution isn’t a real threat, remember that the district attorney is an elected official just like the county supervisors and was their chosen successor to the previous district attorney when she retired. And despite all the local news coverage, the new district attorney has not called our fire chief or our lawyer to assure us that we remain free to help if the need arises. In fact, the station we occupy is under law-enforcement surveillance around the clock.

Below is the contact information for all five county supervisors. Please contact them and tell them two things: that you stand with JCFPD, and that you want the dissolution undone immediately. The politicians have the power to turn back the clock. If they hear from enough of you, we think they will do the right thing. But they are incapable of finding either courage or urgency without a groundswell of public outcry the likes of which they’ve never seen.

We also have a message for the law-enforcement personnel assigned to monitor the station we occupy: We know you disagree with the assignment. Like the broader community, you too are our brothers and sisters. Like us, you took an oath to protect and serve. We have seen each other many times in the field, worked with each other countless times, responding to community emergencies. We know you are only doing your jobs, that you have to follow orders. We harbor no ill-will toward you. We are eager to get back to our regular duties, working side by side with you protecting and serving the public when crisis arises.

Here is the contact information for the five county supervisors. Thank you for standing with us.

Mike Van Bibber is a former Julian-Cuyamaca fire district chief. This was originally written as a statement from the Julian fire board of directors as “a message to our family, friends and neighbors in

the Julian-Cuyamaca community, throughout California, and across the United States.”

There are legitimate questions raised about the number of firefighters Cal Fire would have in Julian-Cuyamaca at any given time, with just one or two engines.  There are currently 60 volunteer firefighters and all or nearly all live in the community.  The Julian Volunteers would not be going elsewhere to fight brush fires as Cal Fire does.  The Julian volunteers have a backhoe to use as a snow plough, as we saw this winter in heavy snow, when Cal Fire's engines were reportedly stuck in snow. (Cal Fire denied this but drone footage appeared to show two engines mired in deep snow.)  The volunteers know the backroads in this rural area, where some roads are unmarked or hard to see at night.  There have been cases where Cal Fire crews allegedly got lost. The volunteers say their ambulance has four-wheel drive.  These are legitimate concerns. The county has refused to offer even token resasurances such as budgeting money to buy a snow plough - they say it would come from off the mountain!  If your house was on fire in winter, would you be satisfied with that answer?