Why are three swimming pools approved for construction, but not the new school approved by voters? Citizens Oversight Committee should demand accountability 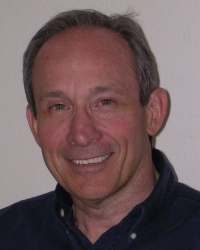 July 17, 2011 (Alpine)--The majority of Grossmont Union High School District‘s education facilities and campuses were in horrendous shape prior to the Prop H improvement bond. Decades of needed maintenance had been neglected.  Now we have funds from Prop U as well.  We should all be very proud of our support leading to our successfully passed 2004 Prop H and 2008 Prop U Bonds.

That said, some members of the GUHSD Governing Board now boast of fiscally conservative policies, and how they are now protecting the districts’ financial future and its fiscal health. I am a fiscal conservative also, and I take issue.

The recent GUHSD Governing Board vote, the one choosing not to build, but to delay the planned construction timetable for the HS12 campus was shortsighted. This Board of Trustees should be taking advantage of any opportunity to strengthen the bottom line and financials of the district and this recent HS12 decision is detrimental to this end.

The GUHSD appointed Boundary Committee (BC) has now released its findings, and presented a report and its recommendations on Thursday, July 14, to the GUHSD Governing Board and Administration. That report that is the determining factor in making my case.

The BC Chairman and the GUHSD professional demographer clearly presented conclusive data that the HS12 project would (If built ASAP) pay for its own operating costs and bring district-wide declining enrollment to a halt, several years in advance of district predictions. Because of the BC report, this realization of HS12’s projected benefit to the GUHSD is now a public record of fact.

During the meeting, Board member Dick Hoy pointed out that there is a two-year or so district cash flow problem caused by the opening couple of years of operating costs of the HS12. Hoy mentioned obtaining a bridge loan. Why not obtain a bridge loan to enable a GREAT investment that will surely strengthen and speed up a recovery from temporary declining students enrollments, and operating budget shortfalls?

An HS12 investment that is secured by a high statistical probability of supporting itself is a dream come true opportunity! Consider this: the GUHSD is moving forth with the construction of the three new district swimming pool facilities that were "never listed in either the Prop U, or Prop H bonds". These three new pools and peripheral facilities will suck millions of needed operational dollars out of the GUHSD’s coffers as on-going maintenance costs!

On July 14, Board President Robert Shield spoke and admonished the 15 public speakers that addressed the Board. They all favored not delaying HS12. He spoke of bond projects described in the bond language as, “plans vs. promises.” He said that HS12 was never promised; it was included as a plan supported by the Board, and that current fiscal uncertainty has mandated that the Board reconsider the HS12 project.

He stopped short of applying this logic to a multitude of other existing “never listed, or planned, or promised bond projects. This is best exemplified by my cited example of the swimming pools projects.

I realize that there may be other joint-use available funds, but who is spending the money to operate and provide the on-going maintenance? The GUHSD is putting at risk its solvency to build these facilities, which cannot pay for themselves or generate any operating revenues like the HS12 project is predicted to do. There are many other never-intended projects that will also suck many more millions in annual operational budget dollars away from needed programs that were planned for, and promised.

This is just one example that points to poor fiscal management policy on the part of the GUHSD Board of Trustees. Recent Board-supported district practices are not the best-laid road to financial stability, or to a long-range recovery. HS12 is a strong bet to better the fiscal strength of the GUHSD, to bring in new CA ADA student funds to this district, and to burnish its educational credentials.

This Board has ignored its fiduciary responsibility to us. Where is the Citizens’ Bond Oversight Committee (CBOC) in all of this fiscal poor decision making? We should be holding this Board of Trustees and Administration (and CBOC) accountable. We should ask for a full accounting, and listing of all the projects that bond money is being expended on.

Any of the discovered Prop H and U bond projects that are creating unnecessary ongoing operating costs should be stopped, or delayed under the identical reasoning that HS12 was just delayed

The GUHSD should be asked to justify their plans, and how they have decided which projects are completed, and in what order. Any continuations of expensive projects that will offer no chance of offsetting its own costs are wrong. These should be taken off of the high priority list.

The GUHSD should be proceeding with the fiscally sound long-range planned projects first, like that of building HS12. This District Governing Board is not being a good steward of our money, as they claim. They are following through with Prop H and U bond projects that will be preventing other educationally needed and defendable projects, like HS12, from being built.

If cash flow is the problem, the GUHSD should delay and de-prioritize construction on those three swimming pool projects, and identify and delay all other similar projects under the same rationality that was used to halt HS12! Perhaps HS12 should be hastened towards completion based on the findings and report of the GUHSD Boundary Committee.

The GUHSD Boundary Committee was comprised of several GUHSD principals, an Assistant Superintendent, the CBOC Chairwoman, with several district teachers and parents. It was provided its data by a GUHSD hired professional data consultant and demographer, Mr. Vince O’Hara, and was Chaired by a Director of the San Diego East County Chamber of Commerce and the owner and President of DSD Business Systems, Mr. Doug Deane.

Bill Weaver is an East San Diego County education and civic advocate who received the 2009 Alpine Leadership and Public Service Citizen of the Year Award. He is a parent and a resident in the GUHSD.