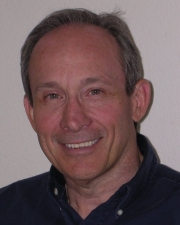 December 2, 2012 (San Diego's East County)--There is an endless trail of disingenuous acts on behalf the majority on the Grossmont Union High School District (GUHSD) Governing Board; this editorial touches on a few. Let’s reflect on years past. Prop H passed in 2004, authorizing $274 million; the Superintendent and the Board put a 12th new high school in the main summarizing Ballot statement headlining the bond explanation. There was a GUHSD Long Range Facilities Master Plan (LRFMP) dated 2003 that stipulated a 12th high school for "Safety and Overcrowding" reasons.

The 2003 GUHSD - LRFMP had three main spending categories, 1st) "must do", 2nd) "should do", and  3rd) "want to do". Want to do's were a wish list of lowest priority needs with the available Prop H $274 million in hoped for voter approved bond funds. But Prop H bond money ran out. Prop U was then asked for, justified to "COMPLETE" the unfinished Prop H projects including the Alpine High School, and then do more, which nobody argued against because the "should do" and "want to do" lists were worthy and needed.

The big problem in the aftermath of passing Prop U (which allocated another $417 Million) is that the GUHSD administration provided little scrutiny or board oversight, loading up a Citizens Bond Oversight Committee with cronies beholden to board members who appointed them. They all allowed the list of bond projects to amplify in both scale and scope. Most of these new projects were never even listed in Prop H. Prop H projects that the voters approved and mandated in 2004 became lost by virtue of a string of disingenuous Board decisions, or non-decisions, which set forth no definitive guiding policy for administrative actions and allowed the GUHSD administration to spend the bond money down to a point essentially assuring that a 12th high school would die due to a lack of funds. Next, the board claimed lack of operating funds--in defiance of a Board appointed committee report indicating otherwise.

Making their concerns appear genuine, the board authorized 98 acres of land to be purchased. School building plans were designed by architects, a design team traveled to Seattle, Washington to tour model schools, and many authorities having jurisdiction such as the Army Corp of Engineers spent countless thousands of hours on the project. An extensive and expensive EIR was conducted. Families were evicted by virtue of eminent domain, for this public essential need to alleviate safety and overcrowding issues existing at Granite Hills High School, where dilapidated facilities housed students.

But GUHSD Board indecision contrived and created intended delays. It seemed that Board members hoped delays would give rise to apathy, and with time passing, other plausible economic reasons would give credence to abandoning the bond measures (Prop H and U) twice approved by voters to fund and construct the new 12th district high school.

The GUHSD Bond Advisory Commission's (BAC) Report of 2007 gives credence to allegations of poor GUHSD Board decision making, as do many other documents relating to the 2003 LRFMP  that budgeted the Alpine high school as a "must do" project.

Bait and switch is the only logical conclusion for many actions, in my view. Fraud-like behavior is the end result, committed against the voters of East County, those residing in the Blossom Valley and greater Alpine communities who had expectations of a local area high school. Were these just disingenuous actions, bumbling, or a devious plan to defraud those believers of the bond summary statements?

Whatever you believe, the end result has cost all of us multiple millions in wasted taxpayers dollars. It has also wreaked havoc in the lives of those displaced, and those purchasing homes in the area with the expectation of a high school for their children to attend.

Bill Weaver is an East County education and civic advocate who received the Alpine Leadership and Public Service Citizen of the Year in 2009.  He was also a candidate for the GUHSD board in 2012. The views in this editorial reflect the views of the author and do not necessarily reflect the views of East County Magazine. To submit an editorial for consideration, contact editor@eastcountymagazine.org.