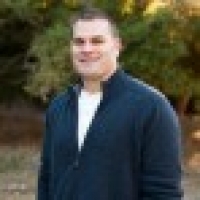 November 3, 2014 (San Diego's East County) - Special District Board elections may not be sexy and certainly don’t get the press of federal races or even that of some of our municipal elections, but they are nonetheless extremely important for setting policy in the San Diego region. If anything the lack of attention paid to these districts adds to the importance of these elections. If the “sunlight” of media attention is the best disinfectant for a democracy, than it is easy to see why special districts can be breeding grounds for nepotism and corruption. The lack of public attention increases the importance of electing to these boards people of high integrity who will act as independent advocates for rate payers.

That’s why I’m supporting Kathleen Hedberg for Helix Water Board. Hedberg has been a consistent advocate for rate payers, opposing excessive rate increases in 2009, 2010, 2011, 2012, and 2013 – often as a lone vote of opposition. She opposed the renegotiation of the El Capitan Lease that has resulted in over $1.6 million in litigation expenses to the District, and she opposed the 2013 district budget which called for a 6.2% rate increase for consumers. Just in the past several months Hedberg parlayed unexpected savings in the District’s budget into savings for consumers, influencing the Board to reduce its rate increase from 6.2% to 4.3% for the ’14-’15 fiscal year.

Hedberg’s consistent advocacy for rate payers has earned her the enmity of the big government tax and spenders who comprise a majority on the current board, ultimately resulting in her being passed over for Vice President of the Board despite her seniority. The indignities (and potential illegalities) didn’t end there, as the Board then tried to unlawfully exclude Hedberg from the hiring process for the District’s GM. Thwarted in that clear overreach, Hedberg’s opponents on the Board twice attempted an unconscionable and unconstitutional prohibition on the freedom of speech rights of Hedberg and other Board dissenters, seeking to bar her from speaking to the media about votes in which she was in the minority, and seeking to shroud Board deliberations from public oversight. Despite these nefarious actions by her opponents, Hedberg has courageously remained steadfast in her support for rate payers.

With water rates having gone up 83% over the last ten years for the 250,000 people served by Helix Water, rate payers can ill afford to lose Hedberg’s steadfast support on the Board. Over her 8 year tenure Hedberg has proven herself to have the courage and integrity to consistently stand for rate payers. She is the only one we can trust to continue to do so … even as she toils on our behalf while no one is watching.

The views and the opinion are those of the author and not necessarily those of the East County Magazine. Those with a comment for consideration should contact the editor at editor@eastcountymagazine.org.

She got my vote for just those reasons.