November 6, 2014 (San Diego's East County)--Now that the Republicans have won the Senate, we can expect different outcomes from different fragments of the party.

The tea and fruitcake wings of the GOP will want to stage some meaningless dramatic gestures, like another government shutdown or even a presidential impeachment.  Other, smarter, GOP splinter groups will try to stop this, citing the near disastrous ratings dip the party got for the last government shutdown.

At least, expect some more made up scandals.  (Am I the only one who has noticed that the right wing sound machine is blaming Ebola on President Obama??!)  Expect another Benghazi investigation, too.  (Number 12, I think.) 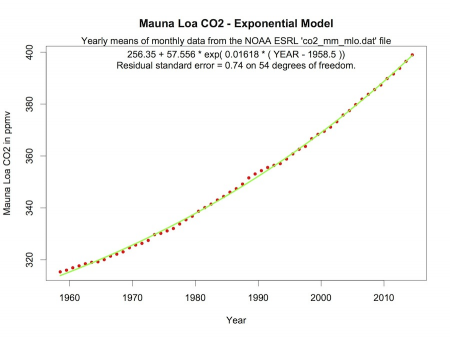 Republicans with above room temperature IQs will try to count political coup by crafting some pieces of legislation so right-wing-nuts that President Obama is sure to veto them.  Thus, the GOP will have some rancid meat for their base in 2016.

Also, expect plenty of loopholes to be inserted in tax, safety, and environmental laws by Grand Old Party Senators and Congressmen with single owners.  (Er, ah, I meant "Sponsors.")

We won't see anything meaningful out of the U.S. government for the next two years.  Accumulating problems, like global warming, will have to wait.

The situation isn't entirely negative, however.  Televised sessions of the Senate science committee could become as humorous as those in the House.  In the House, science committee members often ask questions that betray a less than grade school understanding of science.  So, now we can have twice as many chuckles while we wait for 2016.

The opinions expressed in this editorial are the views of the author and do not necessarily reflect the views of East County Magazine. To submit an editorial for consideration, contact editor@eastcountymagazine.org.

This was first E-mailed on Sunday, November 2nd, two days before the election.
Wow, this "piece" will certainly become a national treasure. I can see it in the Smithsonian some day. Reminds me of work by Abe Lincoln, Martin Luther King, Jr. and John Kennedy all rolled into one. I truly believe that with wisdom such as displayed herein, a willing spirit and a measure of hard work, we the American people can together accomplish greatness. (Er, ah, I meant "nothing.")
We publish reader's editorials from all viewpoints. If someone wishes to submit an editorial on the election outcome from a conservative point of view we will publish that, too.
This was not so much a viewpoint as it was irrational rambling. Please madam Editor, some discretion. Children visit this sight.