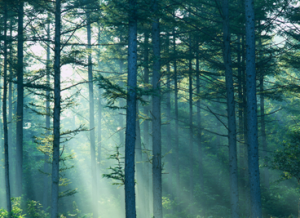 Over the years I have seen numerous factions, with divergent views, give input and opinions regarding density and development within the Alpine Community Planning Area. In particular, as both a parcel owner, resident and ACPG member, I watched closely the "community input" regarding the former Forest Conservation Initiative (FCI) lands. After having participated in, and reveiwed, the entire process, my recommendation is that you adopt the Staff Recommendation for those lands within the ACPG boundaries, as well as for the entire East County Area at your June 25, 2014 meeting versus the intense density plan recommended by the ACPG majority (and the Planning Commission).

My reasons for recommending this adoption are:

1. First, and foremost, it most closely aligns with both the wishes of the majority of residents as well as the provisions of the Alpine General Plan guiding principles and provisions. Although heavy influence was exerted by developers, contractors, realtors, etc. to obtain the most heavily dense designations possible (as one would expect), the overriding desires of the majority was to retain the rural nature of the former FCI lands, to protect these lands environmentally, to minimize the fire danger and to live within the infrastructure, present and proposed, within this area.

2. This Staff alternative provides a reasoned, reasonable, plausible plan for limited growth within the former FCI lands while at the same time accomodating, to a reasonable degree, those parcel owners who wish to increase density on their parcels. In fact, except for two parcel owners (both of whom were nonresidents who simply owned land within the boundaries), the majority of the owners within the former FCI area were more than willing to be reasonable with their neighbors during the workshops conducted to provide you with the community recommendations. This is not to say there weren't shennigans at play, but in general, the residents were able to compromise, save two, to come up with a workable plan. The Staff Recommendation I recommend adoption of most closely aligns with the majority opinion of the residents.

3. As you are aware, there are severe infrastructure and environmental challenges in the former FCI lands. In addition to lack of Padre Dam water/sewer, the existing water table limitations are known by all of the current residents. The new (second) Viejas hotel will further strain this asset. In addition, there are very limited roads, little to no secondary access (as required by fire regulations), and those that do exist will need extensive widening, turnarounds, etc. in the event of any development. The Staff Recommendation appears to best address these issues.

4. The area of the former FCI lands are, quite frankly, probably the greatest fire hazard area in the entire County. Although I have been here for the Viejas Fire, Cedar Fire and all subsequent fires, the current fire fuel maps show that the greatest concentration of fire fuel are almost directly aligned with the former FCI lands.  Contact the Alpine Fire Safety Council and look at the professional map they have created.  If it doesn't scare you (it terrifies us), it should. Most areas here in the former FCI lands of Eastern Alpine are marked in bright red, the highest danger level, and in addition to no Padre Dam hydrants, etc., there are barely enough current roads to enable the protection of the existing structures. ANY development will require extensive County expenditures of funds (e.g. OUR tax dollars) to upgrade/increase infrastructure.  Our recent fires in North County have shown the folly of those who believe that "development prevents/stops" wildfires.  The residents of Carlsbad/San Marcos can tell you of the true extent of that folly.

5. The Staff Recommendation recognizes the close proximity of Cleveland National Forest and provides greatly reduced densities as one approaches the National Forest. This not only evidences a high level of common sense, but is fully in alignment with the Alpine Community General Plan Guiding Principles, which was just updated by the community prior to contrator/developer/realtor rush to ignore during the former FCI lands workshops and public input. This Staff Recommendation "rights the ship" of intense, dense development recommended by the ACPG and the County Planning Commission next to this habitat (not to mention the sensitive habitat of the former FCI lands themselves).

While one always hopes that the local planning groups do indeed act as the "voice of the community", in this case we see it did not.  Please accept the Staff Recommendation for our parcels as it is the plan which protects our rural nature, our water and most important, when (not if) the next wildfire arrives....our families.

Thank you for your consideration in this matter.

The views and opinions are those of the author and not necessarily those of the East County Magazine. Those wishing to have comments for consideration should contact the editor at editor@eastcountymagazine.org.