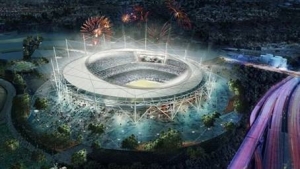 To the San Diego Chargers: We are requesting that Mark Fabiani be removed from stadium negotiations with the City and County of San Diego

June 12, 2015 (San Diego)--This petition is calling on the San Diego Chargers to remove Mark Fabiani, special counsel to the team, from stadium negotiations between the City, the County and the team.

It's clear to us, and many other fans and citizens throughout San Diego, that Mr. Fabiani has become toxic and disruptive. His presence as the point man at the negotiating table seriously threatens achieving a successful outcome. It is well known that Mr. Fabiani was working to undermine efforts in San Diego while the Chargers secretly worked on stadium plans in Carson. Mr. Fabiani is constantly railing against San Diego, the Mayor, the Mayor's team, CSAG, and others working to keep the team in San Diego.

“Oakland and St. Louis basically have been in identical situations and they’ve taken the opposite approach,” Mr. Fabiani told the San Diego Union-Tribune on June 9, 2015. “In short, they’ve been far more sophisticated in handling this than the mayor and his operatives.”

Mr. Fabiani has been trying to sabotage efforts in San Diego for ​a while​. ​We know, for example, that Mr. Fabiani told Mayor Kevin Faulconer last year, as the team was secretly working on its Carson plan, not to rush things in San Diego.

​ "T​he Mayor’s office was told by Fabiani last summer that there was no sense of urgency – even to the point that Fabiani said November 2016 might be too soon for a public vote on the stadium​," Union-Tribune sports columnist Kevin Acee wrote on June 4, 2015.​

We now know Mr. Fabiani did this to try and dupe a newly-elected Mayor into believing time was not a problem. He took this step as part of a larger effort aimed at convincing the league and NFL owners ​that the Chargers can't get a stadium deal in San Diego.

​Over the last several months, as San Diego has made significant progress on the stadium front, Mr. Fabiani ​has been working tirelessly to try and blow up  ​any ​progress in San ​Diego. Sinking San Diego, Mr. Fabiani believes, give​s​ the team its best chance at beating Rams owner Stan Kroenke to Los Angeles. That ​seems to be ​the team's ​main ​goal.

​ "​Mark Fabiani, the team’s special counsel for stadium issues, complained about the creation of the task force in the first place, calling it a waste of time and accusing the mayor of breaking faith​," the Union-Tribune wrote in a March 25 editorial. "​He complained about the task force recommendation that the stadium be built in Mission Valley, saying it would be too complicated to build it there, that the financing can’t work and that the ground beneath the existing Qualcomm Stadium is polluted with a gasoline plume. None of those claims are true, but he has continued to undermine the task force effort by pushing for a downtown stadium that would be more costly, would require two-thirds voter approval of a tax increase, would take much longer to develop and which includes a bus company yard that would definitely require significant environmental cleanup. And meanwhile, of course, the team has continued to push forward with a fly-by-night joint proposal with the Oakland Raiders to win approval for a new stadium in the Los Angeles suburb of Carson​."​

​ For t​he Chargers​ to remain in San Diego, the team,​ the City and the County need to negotiate in good faith. Many people are extremely concerned that with Mr. Fabiani at the negotiating table, the Chargers will continue to ​try and sabotage​ talks. We can't afford for that to happen, especially while the Chargers make steady progress in Carson. We want nothing more than a successful outcome th​at keeps the​ Chargers in San Diego. Mr. Fabiani has had more than enough time over the last 14 years to get something done. ​He has failed and his comments leave the impression that he would like to see San Diego fail.​ ​​That is why we're calling on the Chargers to remove Mr. Fabiani from negotiations.