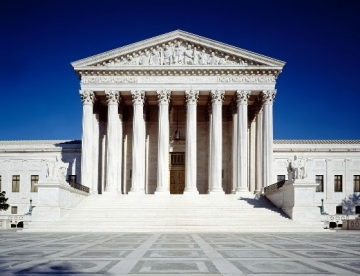 Times of SD Editor’s Note: This statement was prepared and signed by more than 45 leaders of the San Diego Jewish community.

June 28, 2022 (San Diego) - Jewish tradition is grounded in obligation and responsibility to ourselves, one another, and our community. As Jewish communal professionals and clergy, we understand Jewish approaches to autonomy and community have long protected the rights of reproductive freedom and justice, as exemplified by cases where health, wellness, and life are at stake.

Jewish experience tells us that our reproductive freedoms are integrally bound to our religious liberty. At the core of the Jewish tradition is the affirmation of the sanctity of life. Further, the tradition recognizes that life does not begin at conception and the wellbeing (spiritual, emotional, and physical) of the parent takes precedence over an unborn fetus.

including Psalms, Judges and Isaiah has been quoted by Christians to claim that human life begins at the point of conception. This is the basis of the Supreme Court position. But Jews say that according to their tradition life does not begin at conception. The Hebrew Bible (Tanakh) includes the same books and passages as the Old Testament in the Christian Bible. Amendment I of the US Constitution: "Congress shall make no law respecting an establishment of religion, or prohibiting the free exercise thereof; . ." so let's follow the Jews and not the Christians because the ruling prohibits the free exercise of the Hebrew religion while if the ruling is over-ruled Christians can avoid abortions if they want to.

baby, since the Bible teaches that life begins at first breath. Yet the modern church claims life begins at conception for purposes of prohibiting abortion.  These positions seem contradictory, don't you think?

Of course there are many who believe in science over religion.  10 to 15% of pregnancies end in miscarriage, so any fertilized egg is really potential life, no guarantee it would reach full term. The vast majority of abortions are done during the  first trimester or early second trimester. An interesting scientific fact is that a fetus does not develop nerve cells to feel pain until 28 to 32 weeks, and some states have sought to require anesthesia if an abortion is conducted after this point to prevent pain.

are being taken away everyday by the right retrumplicans. if we do not elect the correct people this will become a third world country.