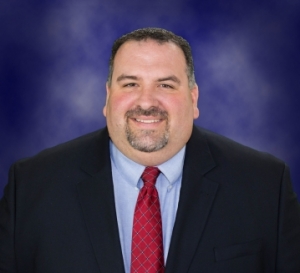 With Mr. Trump, we see an historic opportunity to install lasting protections for future and present gun owners. Mr. Trump ran the most assertively pro-Second Amendment campaign in memory. His campaign openly declared a dedication to protecting and defending the Second Amendment. Most often, his viewpoint was a pragmatic approach aimed at self-defense, rather than simply protecting a tradition for hunters.

So, what should President Trump do when it comes to gun laws? We have a few suggestions.

The Republicans promised, during the election, that they would restore 2nd Amendment Rights and as a result they received the votes of gun owners. Was that just empty promises from a wannabe dictator to get votes? Where is the follow-through of the promises made? Maybe they never will fulfill those promises. Maybe they are waiting until they have put in place what they think they need to fulfill their autocratic dreams before they switch over to extreme gun control, because no autocratic government can afford to let their citizens be armed [let alone be trained and proficient]! Actions Trump Could Have Taken to Support Gun Rights: 1. Support legislation ensuring national reciprocity. H.R.38 - Concealed Carry Reciprocity Act of 2017 was introduced on 01/03/2017 in the House of Representatives. There are 239 Republican seats in the US House of Representatives but to date there are only 150 Republican co-sponsors and no action! There are 52 Republican seats in the Senate but there has been no corresponding bill introduced in the Senate. Where is the fulfillment of this promise to gun owners? 2. Rescind the anti-gun executive actions issued by President Obama. With all the Executive Orders issued by the Trump administration, not one repeals any of the Executive Orders concerning guns issued by Obama after Sandy Hook. 3. Rescind Mr. Obama’s executive order and allow our military personnel to carry firearms at military facilities, including recruitment centers. There has not been any Executive Orders by Trump addressing the “gun free zones” on military facilities and recruitment centers. 4. Appoint a Second Amendment friendly Supreme Court justice. Maybe, Judge Neil Gorsuch's history on the 2nd Amendment is not conclusive and we still have to wait and see if his nomination is successful and then see his performance on the Supreme Court in 2nd Amendment cases.