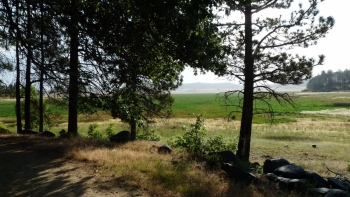 An open letter to the California State Parks and Recreation Department

Editor’s note:  The state is proposing to ban hiking, climbing or other public access off designated trails in all California state parks, including Rancho Cuyamaca, Anza Borrego Desert , Palomar, Mountain, and Torrey Pines State Beach locally among others. Deadline for comment is June 6th.  Learn how to make your voice heard by  clicking here.

Dear Sirs: Like millions of others I have been visiting California Parks and  natural treasures  MOST of my 75 year old life..  I have visited (with great pleasure) all of the National Parks and most of the state parks.  I hiked the Pacific Crest Trail from the Mexican Border to Warner Springs, from Humber Park to Taqhitz to the Tram and all of Golden Trout wilderness . Yosemite of course and Sequoia, Truckee to Hallelujah Junction, Ft. Bragg to Yreka, Channel Islands.  All of this takes some time--and now the government is going to forbid PEOPLE from using THEIR PARKS?  That is absolute tyranny.  How dare you?

There was a park director in Deerfield Illinois who said, "This would be a nice park district if it were not for the people."   He was annoyed by children laughing and playing on swings and slides (which need to be maintained).  His view of a good park was watching the grass grow.

The parks do not belong to the government; they belong to the people.  They are beautiful. You have a job because the people pay to have parks THEY can use. This is not King John versus Robin Hood nor is it the USSR versus the proletarian. It is incredible that California government has become so detached from its people that it will deny them use of their state.

It is definitely one more example of totalitarianism.  The Air Quality Management District (AQMD) is totalitarian enough and NOW the parks?   How SICK of anyone to propose such a dastardly idea.

This proposal bans off trail use in RESERVES and PRESERVES ONLY, which constitute 9% of the entire state park system. Only 7% of Anza is a preserve (NOT 95%) and the park already has a Preserves Management Plan that would remain in place pursuant to this regulation. So, bottom line is current uses in the park WOULD NOT CHANGE. The public says they want professionals managing their parks and when the professionals decide how best to protect the parks the public complains and says the professionals don't know what they are doing. You are all making a big to-do about NOTHING.
preserves and reserves. The bad news, I'm told, is that 95% of Anza Borrego Desert State Park consists of preserves and reserves. (ABDSP is the largest state park in California and, after New York's Adirondack Park, the second largest in the contiguous United States.) So no trails, no hiking, and we've got three days (to June 6) to get all the facts and respond. But the facts are not generally available, so forget it. The establishment wins again.

...if we just turned our children over to the Government at birth. That way they can be taught the correct way to behave and all the rules they must follow. Atlas Shrugged.

where we all learned to sit down, shut up and parrot the school lessons, therefore to be better workers in the assembly line of life. Algebra anyone? Don't care to learn a generally useless subject? Then forget about being anything but a plebe.