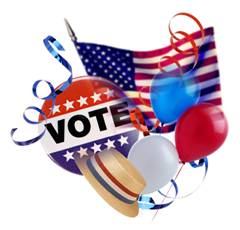 October 24, 2014 (Alpine) - With the election nearing, even in Alpine, I have seen some negative campaigning. I would like to  provide my opinion on Lou Russo.

I have worked with people who made the Marines a career and have given many years of their life to living by core values. I know that they are generally tough, ethical, and honorable. That is definitely the case with Lou Russo. It has been apparent to me that Lou's first and only concern as an elected representative is the welfare of the people of Alpine. He is not influenced by special interests or what's in it for him.  As a member of the Alpine Community Planning Group, I have seen Lou stand up and fight, as one would expect a service member to do, for the residents of Alpine against the special interests and obviously self serving members of the board.  As I expected, those special interests, chose not to argue the issues, but rather to attack Lou personally.

I greatly respect that Lou refused to sink to their level and instead continually pressed home on the issues and how they would affect the residents.  In the recent debate over outlandish recommended housing densities in Eastern Alpine, Lou stood by us and carried our demands to the Board of Supervisors.  He was the only one standing for the side of the residents living in the area of consideration and appeared completely comfortable standing against ALL the other planning group members solely because he believed it was the right thing to do. The County Supervisors sided with us, and Lou, and thereby enraged those with special interests.

They now appear to be attacking him with false allegations and negative comments.  I, my family, and my neighbors know that Lou stood up for us and we therefore give him our highest recommendation for election to the Alpine Union School District Governing Board and the Alpine Community Planning Group.  We know Lou, and despite what his critics may say, we know he will always stand and fight for us and our children.  I also hope more Alpine residents will take an interest in what is really going on and move to make things better just as Lou has and is doing.

The views and opinions are those of the author and not necessarily those of the East County Magazine. Those with an opinion for consideration, should contact the editor at editor@eastcountymagazine.org.