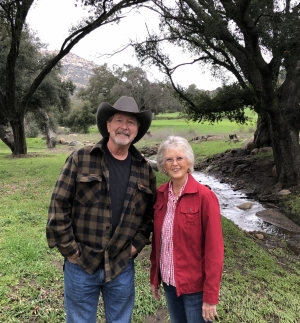 I’ve had the honor of serving the people of the Second District for 28 years.  For seven terms, voters trusted that I would fight on their behalf, make County government work for them and provide substantial improvements to their community.  I’m asking you to place your trust in me one last time by supporting Mayor Steve Vaus for my seat.

This election is a critical decision for East County.  It’s a decision based on character, record of service and the future of the District, and Steve is the clear choice on all three.  As Mayor, Steve has consistently been accessible and responsive to his constituents and has made Poway a model city for maintaining roads and infrastructure, improving parks and trails, taking care of seniors and families and protecting public safety.

There are many challenges facing the Second District, such as affordable housing, homelessness, wildfire threat and highway improvements.  Substantial progress has been made, but there is much more work to do.  We’ve built an unprecedented number of new libraries, parks, sports fields, fire stations, Sheriff stations and community centers, but there are still remaining projects identified or in the pipeline.  There is a risk that money for roads, infrastructure, parks, housing and fire protection could be diverted away from East County.  East County has been neglected in the past and it could happen again.

We unfortunately know that some elected officials get caught up in politics, gamesmanship and unethical actions, forgetting the interests of their constituents.  That’s why this election is so important.  I care deeply for the future of my District, and I know that Steve will always put communities first.  He will listen to your needs and concerns, and fight on your behalf.  I hope you will join me in supporting Mayor Steve Vaus for Supervisor.

Maybe it is a result of our jungle primaries. But in any case I can't find severe fault with Steve Vaus. He seems to have been a nuts and bolts mayor of Poway, and that is something I would prefer in my Supervisor over the culture warrior stuff. Joel Anderson on the other hand has a history of sexual harassment in Sacramento (he was reprimanded by the Senate) and holding anti-trans positions. Vaus does not seem to have exhibited any kind of ideological dog whistles toward hate. Call mine a vote against Joel Anderson if you want. But Diane Jacobs has in fact been very responsive to practical backcountry needs, and thus her endorsement means something to me. It means that Vaus is more likely to be engaged in real governance issues as opposed to regurgitating red meat to feed the wing nuts who now control his party. I could end up proven wrong here, but I say Vote Steve Vaus. Maybe especially if you are a Republican, because you are going to need good governance types to rebuild your broken party. Plus it occurs to me that Joel could end up going the way of Duncan Hunter - more or less - at some point. There is just something shady about him. We don't need to take that chance.
I believe the above photo was taken on Dianne's property in Jamul. I've driven the combine in the fields in the background helping the kids from the FFA program to harvest their oat hay. Dianne donates access to the fields to the program which allows the students to manage and grow their own crops on a designated plot. She's a wonderful lady, a blessing to East County.