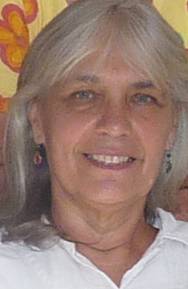 Editor’s note: A similar version of this letter was also sent to Supervisor Dianne Jacob’s office.

April 12, 2015 (Deerhorn Valley) -- In the outer rural areas we are spread out over a very large area. We have only two paved roads (Honey Springs and Deerhorn Valley Rd.), and from that intersection it is 15 miles and 20 minutes to reach the fire station in Jamul. Most of us live off of secondary roads like Mother Grundy Truck Trail, Bratton Valley, and Sierra Cielo. These are dirt roads that are privately maintained (or not).  The additional distance on rutted roads can add another 20-plus minutes of drive.  And that's when you know where you're going. Some roads are almost impassable for a large vehicle.

Personally I wish more attention could be given to providing emergency responders with accurate maps, and a protocol that required familiarity with backcountry roads in their jurisdiction. Google maps are not always accurate, and most of our roads are private and not marked with signs. Maps that hang on the wall of our fire station are very sketchy and in places downright inaccurate.

Involving community residents to examine response maps of their area is one way to increase safety. We've brought this to the attention of the Fire District in the past, and even volunteered to review the mapping. I even spoke with the chief of a Los Angeles area fire district who personally goes down roads, knocks on doors, and adds important information to his "official" maps ‚—water sources and houses hidden from the road.

During the Harris Fire, out-of-town units did not know that the large water tanks were filled with water and hookup nozzle that fits a standard fire hose.  When they ran out of water, they made the long trip into Jamul to fill the tanks, when there were many thousands of gallons available within distance of good roads.  (Most of us have 10,000 gallon tanks which we are required to keep full for fire protection.)

I've also listened live to scanner feeds where confused responders are trying their best to locate an address. In one case, a home continued to burn for 10-15 minutes while responding engines tried to find its access road. I also watched medical responders, try desperately to determine the difference between a driveway and the road. 10-15 minutes were lost as they first went down one, then the other.  It can be impossible to find an address if you don't already know where you're going. Everything looks all the same in the dark.  Roads aren't lit and most have no signage.

The Deerhorn Valley Antler, DV Community Association, Outer Jamul Fire Safe Council, and DV Auxiliary continue to encourage residents to make sure their roads and driveways are well-marked.  Our Auxilliary and FireSafe Council have custom address signs available at cost. The annual Powerlink Fire Grants require proper signage.  But ultimately it falls on a large number of individual homeowners take responsibility. There is little consistency from one property to another.  Perhaps a coordinated effort between responders, residents, and County road services could address this part of the problem with little additional cost.

Just my two cents--and for the record, I am VERY thankful that it looks like we'll have real improvement in our emergency response system. But more equipment and personnel is not the only way to improve safety and decrease response times in the backcountry.  Deerhorn Valley is ready to work with agencies to improve the accuracy of existing maps and add resource information/locations.  We know the roads—and the confusion spots—better than anyone.

My sister lives in a rural area and put the address of her home on a 4X4 post near the road. She also placed some reflectors on a tree and next to her driveway so friends or first responders could locate her cabin. It's ten miles from town so any response would take some time. There are many good neighbors who help with any problems.
http://tiphero.com/uses-for-driveway-reflectors/