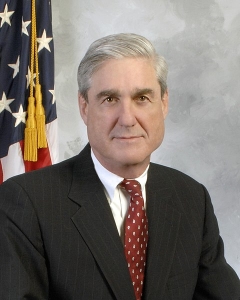 By Shaun Mullen, with credit to the Moderate Voice, a member of the San Diego online news network)

December 11, 2017 (San Diego) - Will Donald Trump fire Robert Mueller? In an era when the unthinkable occurs with numbing regularity, it looks increasingly likely that he will. But will he get away with it?

Four months ago, when Democrats and Republicans were drafting legislation to prevent Trump from sacking the special prosecutor, I would have said “absolutely not.” He won’t even try to fire Mueller.

But the momomentum to protect Mueller has stalled as Trump, his congressional lackies and the right-wing media noise machine heap abuse upon abuse on the one man who can stop the madness. Meanwhile, Trump is backing a pedophile Alabama judge with nary a whimper from the GOP in the latest unthinkable of unthinkables. And all I can say is “now I’m not so sure.”

Last Thursday was Pearl Harbor Day, the anniversary of a day when Americans came together in common cause after the deadliest attack on U.S. soil. But up on Capitol Hill, America and its justice system were being attacked from within with McCarthyite vigor as a succession of Republican congressmen on the House Judiciary Committee filleted FBI Director James Wray in dutifully seconding the president’s claims that the FBI’s “reputation is in tatters” and Mueller’s Russia scandal probe is “rigged,” “dishonest, “phony,” uses a “double standard” and has a “pro-Clinton bias.”

Oh, and the troglodytes who just passed a tax bill so retrograde that even billionaires are blushing, think Mueller is spending too much taxpayer money.

Never mind that Mueller received widespread Republican praise for his impartiality when he was appointed. (Newt Gingrich called him a “superb choice” who was a pillar of “honesty and integrity.”) That Mueller is a longtime Republican who was tapped by George W. Bush to lead the FBI. That his successor, Robert Comey, whose announcement of reopening the Clinton email probe 11 days before the election contributed to her defeat, is a Republican. That Wray is a Republican, as is Rod Rosenstein, who named Mueller special counsel after Comey was axed. And the whole bunch of them are on record as having made contributions to Republican candidates.

For Trump and his toadies, impugning the rule of law while ignoring the facts are mere inconveniences to be flicked away like bedbugs on a flophouse mattress in service of delegitimizing Mueller’s investigation.

There are two certainties:

First, Trump is likely to move sooner than later to guillotine Mueller because of his well-founded fear that the four indictments that Mueller has notched are just the beginning and it’s only a matter of time before the special counsel awakens Jared Kushner and perhaps Donald Jr. from their smug slumbers.

Second, Mueller’s firing would plunge the country into a constitutional crisis. But even that might trigger perhaps the ultimate unthinkable of unthinkables: Despite the utterly spurious grounds Trump would cite — an alt-right, alt-reality pretext, if you will — he still might get away with it.

Would the Republicans who went soft on protecting Mueller and deaf and dumb when it came to their Dear Leader’s obscene endorsement of Roy Moore suddenly rise up? They will not.

Because in this era of unthinkables, when Trump violates his oath, that’s okay because he can do anything he wants. When he commits a crime, it’s not really a crime. And while voters believe by a yuge margin that Russia interfered in the 2016 election, Republican congressfolk privately loath Trump and many believe he’s a few bulbs short of a chandelier, as one pundit put it, they will publicly support him even if he fires Mueller like so many lemmings marching off a cliff in justifying a cover-up of historic proportions.

Trump, taking a break from lobbing rolls of paper towels for Moore supporters into Alabama at a Florida campaign rally, telegraphed as much. “There are powerful forces in Washington trying to sabotage our movement,” he declared. “These are bad people, these are very, very bad and evil people. . . . But you know what, we’re stopping them. You’re seeing that right now.”

Nixon, of course, resigned to avoid impeachment. But that was . . . light years ago.

“At the end of the day, Richard Nixon was found to have a sense of shame,” notes Watergate prosecutor Richard Ben-Veniste. “It remains to be seen if anything can shame Donald Trump.”