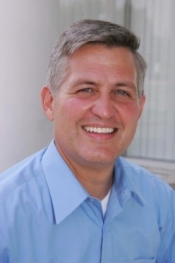 February 10, 2015 (San Diego)--The directive from Sacramento to policy-makers across California is unambiguous: to meet strict state mandates, we must allow for more renewable energy projects within our county.

During a Feb. 4 hearing, the Board of Supervisors approved two solar energy projects near Boulevard that expand the local portfolio of renewable energy – without burning fossil fuels and without emitting greenhouse gasses.

The vote was 4-1, with Supervisor Dianne Jacob opposed.

During lengthy testimony, many members of the public said they worried about what the project would mean for the high-desert landscape and the water table near their community, especially during construction.

On issues of air-quality and aesthetics, I can’t blame neighbors for objecting. Environmental studies show that construction activity would kick up dust and that the solar collectors themselves would be impossible to conceal.

Other documents, however, conclude that the value of 140 megawatts of solar electricity overrides the aesthetic impact of the solar farms and their temporary impacts to air quality.

Often, when handling a sensitive issue, my mantra is to “find a way to ‘Yes.’”

On this application, I explored whether I could defend a No vote. I concluded that I could not, and opted to follow the recommendation of the county’s staff and Planning Commission, which voted 6-1 to recommend approval of the application, with many conditions.

With the exception of removing an agricultural designation on part of the property, which adjoins the border with Mexico, our approval included no variances. On legal grounds, a No vote would be difficult for me to justify.

The applicant, I felt, could make a strong case that he had a right to develop the project he had proposed.

So I opted to approve a project that moves us toward compliance with state mandates.

I pushed for requirements that the applicant pay county officials for monitoring groundwater levels and that the public have access to the monitoring reports.

A county planner responded that the reports would be posted on the county’s Web site.

Like my colleagues, I would like to see solar panels on every rooftop. But that won’t move us toward meeting state mandates because the state’s renewable energy credit program does not recognize rooftop solar. I think that’s wrong. State regulators should revisit policies so all of us – from private citizens to utility company executives – are motivated to expand solar production right where we live, in residential neighborhoods.

My vote for the project is anchored, in part, to the exhaustive studies that support it.

In the words of my colleague, Supervisor Ron Roberts, “I don’t know that we’ve ever had a more-thoroughly investigated project before this board.”

Miriam wanted me to clarify my comments because I mixed wind projects with this editorial on solar projects.

1) Miriam, I respectfully disagree. The wind and solar projects in our eastern communities are exactly the same thing. It's about power and money.

2) The same is because, our government is corrupt at ALL levels. It is bought and paid for by big industry lobbies. ( Ike only knew the 1/2 of it, the military industrial complex. I bet he never would have guessed the money corruption would hit all levels of government?) Unless you have power and money to fight them, like the peaker plant SDG&E tried to put in San Diego last year, they get what they have paid for. To back this up the County of San Diego spends 15 Million dollars a year on the fire service and ONE BILLION DOLLARS a year on law enforcement and Bonnies raiders. Get the message? Behave yourselves or else!

3) There are 2 reasons the power link and now the 1100 acre solar farm are in the Real East County. We have neither power nor money.

So for the benefit of your Grand Children I suggest you all:

Get real mad and start camping out on the door steps of city halls. The occupy movement should be composed of old, right wing, Goldwater or Regan, conservatives.

Someone please start the next American Revolution. I am getting old and I really do not want to miss this one.

I hope that clears things up?

What a terrible disappointment. It's liberals like Roberts--ostensible friends of the environment--who've turned out to be among its greatest foes. Wind and solar farms do two things: waste money and destroy wilderness. What they don't do merely adds insult to injury--that is, make enough power to make an appreciable difference in greenhouse emissions. Politicians like Roberts always toss out the Nuremberg excuse: "I couldn't help it; my hands were tied; the state made me do it." Blah, blah, blah. But none of this means anything from people like him who aren't voicing strong, intelligent criticisms, and who aren't fighting and making their opposition credible by doing what they can to stop these monstrosities.
The Soitec projects would cover over 1,100 acres with solar panels each 48 feet wide by 30 feet tall. There are major environmental and community character issues, but the issues are somewhat different than wind.
They both will cause the loss of property value and present health issues. I have read about property owners walking away from their homes next to solar and wind turbine field as their health issues became too serious for them to continue to live there. No one is going to buy a house next to wind turbine or solar fields. The communities next to these fields receives no benefit that I am aware of. Green energy? I think not. Greed energy? I think so.
Who is going to pay the property owners for the loss of property values for those who live next to the solar fields? Is the county going to pay for the property loss? I would suggest a class action law case against the county and the owners of the solar fields to reimburse property owners for the decrease in value of their property. And what benefits do the citizens living next to these fields receive? Besides decreased property value, major health issues, glare off of the solar panel and looking at fried birds. Dave how about you coming out here and living next to the solar fields for a while and 6 months later tell us how healthy you are? You do not have a clue.
1) All wind turbines should be located on the coast. That's where the wind is and that's where the power is needed. 2) All the massive solar farms should be located in the city. You have lots of open space and that's where the power is needed. You might also turn off all those darn lights you keep burning all night in the city. Do you really need to light up all the roads and buildings at 3:00AM? It's funny. You spend tens of thousands of dollars making general plans and then anyone with money or political contacts can build anything they want, plans be dammed. Funny.