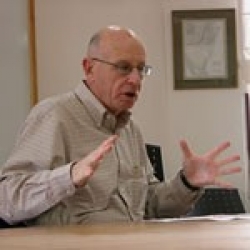 Lots of damage in Gaza.

Overall, leaving aside the actions of the security forces in Gaza, it’s not too different from occasional bursts of racial violence in the US and some European cities.

Here it’s religion and ethnicity, rather than racial, per se. But that’s a small difference.

There are lots of factors that have contributed to the chaos.

The working out of laws from 1967 that granted to Jews Arab property abandoned in Jerusalem, and allowed Jews to return to the property they had abandoned in 1948.

No mention of Jewish property in the area controlled by Jordan, that was occupied by Arabs.

The Jews of Israel had won that war, so the imbalance may have been justified. But now, more than 50 years later, it seems unjust to evict Arab families living in what had been Jewish properties in the Sheikh Jarrarh neighborhood of Jerusalem.

A right-wing Knesset Member, Itamar bin Gvir, helped to cause trouble in Sheikh Jarrarh, and may be as responsible as anyone for triggering this violence within Israel and from Gaza. However, the tensions were brewing for years, and anything may be held responsible for setting it alight. We’re hearing of gangs–of both Arabs and Jews–moving from place to place within Israel and attacking the property and persons of the other community. We’re also hearing stories of Arabs who have protected Jews, and Jews who have protected Arabs. Again, not different from stories coming out of conflicts between Blacks and Whites in the US.

The coincidence this year of Ramadan with Jerusalem Day was unfortunate, and provided the background for conflict over the Temple Mount and areas around the Old City.

Hamas sought to exploit the tensions with missiles fired from Gaza. And the IDF has responded forcefully, seeking to create a situation where Hamas and its allies realize that it’s not worthwhile upsetting the Jewish State. Tens of buildings have been destroyed, and numerous ranking Hamas officers killed. Also attacks on subterranean areas carved out by Hamas. And there’s been assembling of Israeli troops close to the border. Will they enter?

Meanwhile, politics entered a holding pattern, with the crucial Arab Israeli party of Mansour Abbas having to decide what to do. Mansour Abbas himself spoke of peace between the people. We’ll see how he, plus Lapid, Gantz, Lieberman, Sa’ar, Labor, and Meretz decide to divide the pies and work together. Or not, and bring us all to yet another meaningless election.

Naftali Bennett withdrew from the prospect of a joint operation along with Abbas. Along the way, he has spoken in different ways, some times hoping to align with the right, but at other times avoiding Bibi and speaking of a joint effort along with Lapid et al. What’s he been promised by Bibi? Does he believe what Bibi offers?

Our own situation has been tense, but so far peaceful. We’re living in a retirement village, with lots of services. Included is a protected room just across the hall from our apartment. Several times we’ve scurried to that room in response to sirens. Usually they have come in the evening or the middle of the night. However, we’re on the edge of what’s been targeted from Gaza, so those events have not been frequent.

We read and see on TV what’s happened near our old home in Jerusalem and other mixed cities. It’s worrying, but likely to settle down whenever. Hopefully soon, with a minimum of damage to both Jewish and Arab communities.

The US and others have involved themselves in calls for peace, often with statements that the Jews of Israel have the right to defend themselves against Gazan violence.

And it’s mixed with our politics. It’s difficult to accuse Bibi of exploiting the situation to remain in power. The IDF and other security forces are largely independent of politics. And the Defense Minister is Benny Gantz, no close friend of Bibi. They seem to be working together.

It’s all against the background of mixed commentary, with some accusing the Prime Minister of exploiting the situation for his political ends. But unless Hamas is in his pocket, which seems unlikely, it’s hard to accept those allegations.

We’re reading that Israel is winning the battle but losing the war. This seems to mean that the world will turn against us, and ignore what Hamas has done. Yet who will rebuild Gaza? And how long will it take? And how will its civilians cope with their shortages and other problems? And how will Hamas do in the aftermath of this?

And topping it all, another disaster amidst the ultra-Orthodox. A crowd in a synagogue under construction, filling the bleachers, part of which collapsed. Two dead and 184 injured. They have filled our news, with pictures of rubble in a partially built synagogue, seemingly without official consent to have the crowd. Yet another example of the self-government by the Haredim.

Ira Sharkansky, Ph.D., is professor emeritus of political science at Hebrew University.  He may be contacted via ira.sharkansky@sdjewishworld.com.