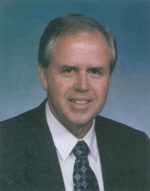 October 13, 2010 (Santee)--Referencing recent articles and discussions about water district general manager’s salaries, I would like to comment that some water districts are keenly aware of the present economic conditions faced by their ratepayers and are taking steps to correct some of the economic issues. In 2010, the Board of Padre Dam MWD lowered the compensation of their management team by over 6% and the General Manager, Doug Wilson’s compensation by 5.5% to $190,740 per year.

Mr. Wilson announced his retirement in July, effective in December. Public records will show the GM received a small increase in 2008 (new Board), no increase in 2009 and decrease in 2010.

The Board is taking advantage of the present economic conditions to advertise for a new general manager with a starting salary range of $147.000 to $167,000. Some will say this is too low to obtain qualified candidates, but I feel the Board will have an interesting time reducing the applicants to a reasonable number. We need to remember the Director of Water Resources, State of California makes $149,500 per year with less benefits.

Unfortunately the new pay rate for the General Manger will not alleviate Padre Dam of future costs. Doug Wilson served on the Board for 12-14 years prior to being employed by the District and under the OLD PERS rules and gained PERS retirement credits. (The legislators have since changed this practice.) Wilson’s Director PERS credits plus military credits plus working for the District about 13-14 years will provide Doug Wilson with a retirement of about $171,000 plus full medical. This is about one per cent (1%) of the total water billings for Padre Dam for 2009.

These corrections did come with some political ramifications: Doug Wilson has chosen to challenge a sitting Director, Jim Maletic, in the November 2 election. Jim is an advocate and supporter of costs and rate reductions. Jim supported my motion in January for a zero percent (0%) increase in Padre’s share of the rate. We were outvoted 3-2. Doug Wilson, GM, has now endorsed James Peasley, who is challenging me for my seat and my cost and rate reducing ideas. Peasley is an employee of the adjacent water district.

Through open discussion and full disclosure we can all help improve OUR public agencies.