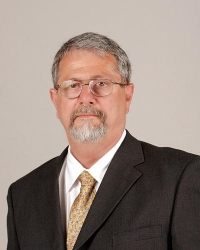 May 25, 2012 (San Diego's East County)--Most Americans know we have to cut government spending, but how to do that is a difficult question. Some say we can’t cut any military spending, but is that true? Most ex-service men and women I know say there is more than ten percent waste in that budget.

Let’s start with the fundamentals. We must keep our citizens safe from external attacks. And we must have a military that fits the purpose of the USA.

To protect our safety, the military should have the most advanced and effective weapons, and we should fund the research to maintain leadership and the information technology to deploy weapons and personnel most effectively. I will support those primary considerations and never place financial constraints on this legitimate role of the military. Of course, we can work harder to cut out the 10% waste. But we must not fail in our basic mission.

But, too often, our politicians go too far beyond the mission. They involve us in fighting wars that we shouldn’t fight, in tasks that we shouldn’t take on (like so-called “nation building”), and over-extended involvement in situations where we should be exiting, not digging in.

I will propose to get our military out of the foreign countries we shouldn’t be in, and support bringing military personnel home. I will also propose providing them with all the medical support and job training we can give to make them productive workers and consumers in our domestic economy.

We can safely adopt a military budget that sustains U.S. global leadership in military technology and capability, but also begins to re-size ground forces; slows the growth of compensation and benefit programs; continues to make better use of defense resources by reducing lower-priority programs, cuts out waste, and simplifies the defense organization to achieve more efficient approaches to doing business.

Using this kind of a budget approach, we can help the military to adapt in order to better address the new kind of security environment we find ourselves in.

After WW2, ten million GI's found work and we finally got out of the Depression. If we were to bring all our troops home today, enabling them to spend their money here, then that would boost the economy at home. We are better off defending our own borders from within than fighting unnecessary wars on foreign soil.