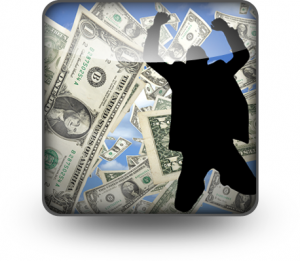 “The most perfect political community is one in which the middle class is in control, and outnumbers both of the other classes.”-- Aristotle (384 BCE – 322 BCE)

February 28, 2014 (San Diego’s East County) -- A healthy democracy must have a strong middle class because the middle class stabilizes a nation and also helps its economy by buying the products made by those with capital.  But in today’s America, the rich are getting richer, the middle class is shrinking, poverty is raising and young Americans can no longer attain the American Dream.  We need a taxpayer-middle class revolt to restore a better balance of income, benefits and taxation.

Taxpayers not only bailed out big banks and corporations after they sunk the economy, the government routinely gives them loop-holes and subsidies.  If you made $50,000 last year, your taxes paid $4,000 in corporate subsidies, compared to $246.75 for defense and $6.36 for welfare.

Unless ordinary Americans demand reforms such as transaction taxes on Wall Street, higher minimum wages tied to cost of living, the same tax rate on capital gains as on wages and social security deducted from all income without a lid--the rich will continue to get richer and the rest will continue to get poorer.   By voting based on whatever the big contributors tell us in their TV ads and by not demanding reform from our representatives, we have forfeited our power and left government to lobbyists and campaign contributors.  It’s no wonder the system is stacked against us and the middle class is shrinking.

It is vital to both our democracy and economy that we restore a large middle-class and upward social mobility so Americans can work themselves out of poverty.   In “Two American Families,” Bill Moyers documents the 21 year struggle of two hard working middle class families to make ends meet during a period of record profits.  As the middle class shrank, Moyers opined, Americans' no longer believe that their elected officials are on their side because the shrinking is due to the “engineered inequality” of the last 30 years.  That inequality was created when the owners of capital decided to reduce labor costs and destroy unions-- with the help of our elected officials from both parties.

As Americans lost manufacturing jobs that paid about $20 an hour, they retrained for jobs paying $7 or $8 an hour and both parents had to work.  Sometimes, one parent worked days and the other nights to reduce child care costs.  They worked overtime and some got second jobs. Despite all their efforts, they barely survived during the prosperity of or the 1980s. Lay offs, closures, a constant hunt for permanent higher paying jobs or more hours to get benefits --left workers changing jobs, without savings.  This meant no retirement.   By the 1990s, many lost their homes to foreclosure and the middle class was shrinking faster.

Contributions and lobbying by financial services industry are in the billions and their people are appointed to cabinet positions to make policy.   Between 1974 and 1990, the average cost of running for Congress went from $56,500 to $410,000; then, tripled to $1,250,000 from1990 to 2006.  Huge contributions buy influence and access resulting in the power to control legislation.   Consequently, the burden of income taxes has shifted from corporations to individuals.  In 1952,   32% of federal revenue came from  corporate America while today, less than 10% does and this is only one example..

Are both parties owned by the 1%?  Yes--because one third of the $7.3 billion spent in the campaigns of 2012 came from only 138,000 people.  That’s why ordinary citizens must become activists advocating for reform and making it socially unacceptable to have severe poverty, no healthcare coverage for millions of working Americans or wages so low that a family with two full time working parents cannot pay for housing, feed and educate its children and work its way out of poverty. We must raise middle class participation in government to overcome the influence of corporations and the wealthiest contributors.

Pat Zaharopoulos, a  retired attorney, is CEO of Middle-Class Taxpayers and volunteers at 3 other nonprofits.  The opinions in this editorial reflect the views of the author and do not necessarily reflect the views of East County Magazine. To submit an editorial for consideration, contact editor@eastcountymagazine.org.

The author presents and interesting view of politics and the state of the Republic. I do agree with the disproportionate spending and financial shenanigans of the federal government. The revolving door is at fault. I believe there should be a 10 year ban from any elected or appointed official to enter an industry they regulated in ANY way. Also there should be a LIFETIME ban from lobbying or coming back from industry into a government agency they worked with or were regulated by. This would break up the two party elites and provide for more open and thought worthy government.