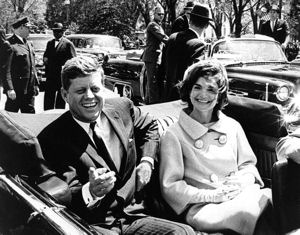 It was a wondrously innocent and free time that I, and maybe even my country, may never see again.

I also look for the spot where I was standing on El Cajon Boulevard when I didn’t see the president of the United States.
Floods of memories return upon a trip home, and they cause me to think about it all. My bike, Camelot, San Diego, Miss Olson, Johnny Kennedy, and my home town and nation. May optimism grow and blossom again for us all one day.
The views expressed in this editorial reflect the views of the author and do not necessarily reflect the views of East County Magazine. To submit an editorial for consideration, contact editor@eastcountymagazine.org