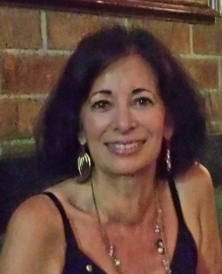 The meeting started off tense but restrained as the public sat politely listening to the almost hour long staff presentation. When told the consultant, from Raftelis Financial Consultants, Inc. would make another presentation the people had enough. The discussion became as heated as the temperature in the room.

One after another they explained it was time for the people to be heard as they could read the packet for themselves. It was suggested he be given 3 minutes like public’s allotted time. Then one loud mouth in the front hollered at the top of his lungs that he was new in the area and wanted to hear the speaker, who promised to be brief. The people were forced to endure another similar presentation. The people lost that first round.

Finally it was the time for the ratepayers to plead their cases. Many stressed how they had conserved water only to be penalized with higher rates. Many implored that as a fixed income or low income person they could not afford to keep paying ever increasing water bills. Many pointed out the need to cut the district’s extravagant employee salaries and benefits which are far above their customer’s income levels.

There was little or no thought of holding rates or even less reducing rates. Having checked the crystal ball the board majority decreed the future to be higher rates for less water.  Other than convenience and other districts do it too, what benefit is it to the paying customers to have a five-year plan rather than a 1 or 2 year one? Especially since the Board assured everyone that there will be plenty of opportunity for public input before the next hike in the 5 year plan. Sadly, what occurred at Wednesday’s meeting demonstrated that public input is nothing more than a kabuki show.

And in the end the pleas, valid points made no difference as the meeting and the masters predetermined votes. The Board and Governor Brown, have taken control of how much water and at what cost the people, now servants, will pay.

The people do have recourse as the board members are elected. The three board members voting for the five-year plan rate hike were De Ana Verbeke, John Linden and Chuck Muse. Linden and Muse are up for reelection in 2016. Hopefully, the people will remember in November to elect true public servants.