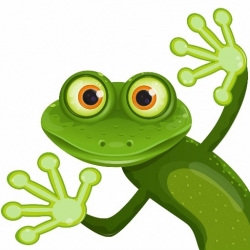 August 2, 2015 (Valley Center)--The current controversy over “Lilac Hills Ranch,” a proposed development planned on rugged farmland in Valley Center, focuses on its request to the County to increase the number of homes it could build on its 608 acres. The County General Plan allows 110 and the developer is asking for “entitlements” to build 1,746.

Why is this urban enclave being dropped into a remote rural area?

That’s a 1,600% increase in houses, and a big increase in future profits, for homes built on cheap farmland with minimal road access, little existing infrastructure and zero public transit.

The developer, Accretive Investments of San Diego, hopes to get the County Planning Commission’s support at its hearing on August 7.

Accretive’s first phase is limited to 352 homes but their application includes,

for the future,  90,000 square feet of retail/commercial development, a

“country inn”, plus two major structures housing senior citizens, one of which would shelter Alzheimer’s patients.

Despite the concentration of older residents, no medical facilities are planned, nor is a heliport for emergency evacuation.

The population of 5,500 at build-out would overwhelm the narrow, winding roads through the steep hillsides, but it would never be enough to support a super-market in this isolated spot.   So the week’s groceries and other necessities would be purchased in Escondido, a 30-mile round trip.

No jobs or industry are planned.  The bulk of the able-bodied residents will commute to their work, 20 to 60 miles distant.  It is the prospect of residents on long daily commutes, pumping out greenhouse gases by the ton that haunts this project, and earns it the title of “leapfrog” development, which may mar its chances at the Planning Commission.

The County has heretofore prohibited leapfrog development, and its General Plan Policy LU1.2, enacted in 2011, puts strict requirements to escape that classification, notably that the project would have to be designed to “LEED-Neighborhood Development” criteria or equivalent, which insist on public transportation and neighborhood connectivity.

Lilac Hills Ranch has neither.

The County has been rightfully proud of its new energy-efficient “LEED” certified buildings and Sheriff’s stations, but the County planning staff, eager to push Lilac Hills Ranch toward approval, is offering up a marginal alternative to “LEED-Neighborhood Development” sourced from a subsidiary of the National Association of Home Builders (NAHB), the developers’ industry association in Washington. noted for its powerhouse lobbying.

But NAHB’s “Green Lands” requirements have never been adopted by any city or county in California, and it places no location restrictions on development, which is the essence of the curb that the Supervisors placed in the General Plan with “LEED-Neighborhood Development,”

That’s the problem with leapfrogs – they leap everywhere, and the County’s “smart growth” General Plan for the 800,000 acres in the unincorporated area is designed to keep future residents safe from wildfires and close to jobs, and decrease vehicular greenhouse gas production in line with State mandates. But as reported by Mark Slovick, the County’s planning manager for Lilac Hills Ranch, the NAHB version had zero professional planning input by the County’s own staff, other than eyeballing it.

Lilac Hills Ranch’s Accretive paid the consultants who developed the new policy alternative (and related hard-sell text that accompanies it), shipped it on a DVD to County planners, who see to have accepted the developer’s offer without the blink of an eye.

“The response was reviewed by staff and accepted as complete.  The draft final EIR submittal along with the responses to comments was made on July 15, 2015 and included the Global Response to LU1.2 that was previously accepted.”

Slovick didn’t just “say” that.  He wrote it in response to a Public Records Act request.  I like a man who writes the truth.

One wonders: why did the County spend 13 years and $18,600,000 to produce its latest County General Plan, when all it takes is a developer’s  DVD showing up in the mail to blow up all that Smart Growth planning? Plus the blood, sweat and tears the Board of Supervisors went through, fighting through compromise after compromise in 2011. (The vote was 4-1)

An interesting facet of this is that on March 4, 2015 the Supervisors directed the planning staff to return April 22 to discuss the application of LEED-Neighborhood Development.  Just two days later, on March 6, documents show, Accretive contracted with consultants to use NAHB to bypass LEED-Neighborhood Development – and had the consultant confirm this with County planners on the Lilac Hills project.

The April 22 date with the Supervisors was put on hold – “continued,” in government parlance - and has yet to be held.

So if the wonders of modern electronics in a tiny DVD (and a powerful lobbying organization) wins the day for Accretive’s Lilac Hills Ranch at the Planning Commission, where next will the leapfrog leap?

By State law, the Planning Commission’s vote is advisory to the Board of Supervisors, because only the Supervisors can amend the General Plan to grant Accretive all those entitlements – the 1,636 extra houses, the Country Inn, the commercial zoning, the institutional housing, etc.

In the words of State Attorney General Kamala Harris, it’s considered the citizens’ Land Use Constitution.

Could a developer’s DVD blow up this Constitution?

That’s going to be up to the Board of Supervisors, likely voting on it in October.  They’ll have to look at it from a global perspective – or at least from an 800,000 acre perspective – because Lilac Hills Ranch, if approved using the NAHB formula, will have a Domino Effect on all that acreage.  “You did it for them, do it for us,” other developers will cry.

And if there’s one thing leapfrogs can do – it’s leap.

Where next?   Warner Ranch in Pala?  Newland Sierra atop Merriam Mountain?

Or could be “closer to home” – just down West Lilac Road, minutes from the future Lilac Hills Ranch (if it gets approved), lies County Supervisor Bill Horn’s Valley Center ranch – 37 acres of tangelos and avocados.

While Horn fought the General Plan (his was the single vote against it) on the basis that “the farmers are getting downzoned,” Farmer Bill himself was visited by the Bluebird of Happiness during the General Plan Update when the “land use designation” on his farm disappeared and he gut lumped in with his neighbors on the flatland, so that there would be no “spot zoning.”

As good a reason as any for the Supervisor to be upzoned, right?

Results?  Under the old General Plan, Horn, could subdivide into four lots.  Effective August 3, 2011 that zoomed to a potential 18 lots on the same acreage.  “Doing well by doing good” has been a philosophy the Supervisor is noted for.

So if Supervisor Horn and his colleagues on the Board vote in favor of Lilac Hills Ranch this fall, his prospects are bound to improve.

Horn has pushed this project for nine years.  It’s almost ancient history, but you can hear Horn argue for this developer’s interests on very clear County audiotapes (check: “Statements of Proceedings” on the County’s website). Listen to the Board Meetings of August 2, 2006 (agenda item 3) and July 23, 2008 (item 23) where Horn desperately tried to get a new County road carved through  neighboring private property to reach Accretive’s acquisitions.  So helpful!

While the Valley Center locals derisively called it “Hornsville,” the purported project was known at the County as the “3A SPA” – one, incidentally, the Board unanimously spurned on July 23, 2008 because the Board had never voted on it.  They ordered it to make an actual application to the County instead of claiming SPA status.  This also meant Accretive had to start paying its way through the land use process – which it had avoided for two years.

Note also: the latest “history” of Lilac Hills Ranch written up for the EIR by the County’s Department of Planning and Development Services conveniently omits those early years.  Tacky.

So if Horn decides to sell his land, or subdivide it himself (before he came to Valley Center in 1979 he was a San Clemente developer), would his 18 potential lots be worth more to future buyers -- with the Accretive project just a frog’s leap down West Lilac Road?

Who wouldn’t like to live minutes away from the bright lights and big city ambiance of Lilac Hills Ranch?   With 90,000 square feet of retail, “There’s gotta be a Starbuck’s in here somewhere!”  Horn’s future may be funded by millennials buying lots in Rancho Cuerno (that’s “Horn” in south of the border parlance) when he retires from the County in 2018.

Horn’s increase in land value is predicted in the supporting documents for the Lilac Hills Ranch EIR (Attachment C, page 12):

What a way to seal the deal!

Patsy Fritz has been a North County resident for 34 years.  She has served as a County Planning Commissioner and on the Board of Directors of both the County Farm Bureau and the San Diego County Taxpayers Association.  She is a 2002 graduate of LEAD San Diego.

She was awarded the James Julian Memorial Award by SPJ –the Society of Professional Journalists - for her series of columns on the 2007 wildfires in San Diego County. The opinions in this editorial reflect the views of the author and do not necessarily reflect the views of East County Magazine.

Hopefully it all goes well