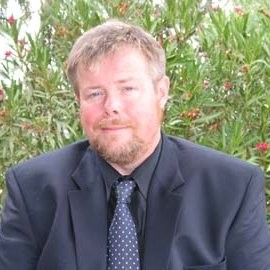 Reprinted with permission from the Valley Roadrunner

October 18, 2020 (San Diego) - The campaign surrounding Measure AA is a bitter, deeply divisive battle. Fortunately, almost none of the people publicly or even secretly opposing it are from around here. Isn’t that funny?

A theme of my editorials about Measure AA from the beginning has been one of letting VC residents decide this issue for themselves, without attempts to interfere from outside organizations, such as the County Fire Authority Chief Tony Mecham and Cal Fire union members. And now, a shadowy anonymous organization that calls itself Citizens for Fire Safety PAC has sent out a letter that was written by Chief Mecham and sent to the fire board.

The PAC apparently considers Mecham’s letter so devastating that they mass-mailed it to most voters.

A question to ask ourself is WHY? Why does Mecham care so much but claim that he doesn’t care about independent fire agencies?  Because if Mecham doesn’t care about independent fire agencies existing in San Diego County, why has he done so much to smother all of the existing volunteer fire departments out of existence? Why is he doing so much to fight Valley Center’s efforts to set itself on an independent course that will enable it to ignore the County Fire Authority and Cal Fire except when they are doing what they are supposed to do here in Valley Center: put out wildfires.

It’s a job they do very well and we commend them for it. In fact, nobody in the world does a better job of putting out wildfires than Cal Fire. But why do they care that the Valley Center is asking voters to give its fire department a guaranteed revenue stream that will allow it to build a third station and pay firefighters a salary commensurate to what firefighters in other jurisdictions are paid?

The PAC has been funded for nearly $150,000, which makes this a David vs. Goliath battle between the VC firefighters and the PAC’s donors.   The three major funders of Citizens for Fire Safety PAC are the Deputy Sheriffs’ Association of San Diego County PAC, Friends of Dianne Jacob for Supervisor, based in Jamul and Honest Governance PAC Opposing Joel Anderson for Supervisor 2020, based in La Jolla.

I’m guessing that the Sheriff’s Association donation is a case of one public employees union showing solidarity with another, i.e. the Cal Fire union. Dianne Jacob is a little harder to puzzle out. She Who Must Be Obeyed is retiring as a supervisor, so maybe she just decided to throw a wrench in neighboring Valley Center’s aspirations for the heck of it since she has never been a friend of this community. Or it could be that her army of flying monkeys had the night off. Who knows? I have no clue why a PAC opposed to Joel Anderson, who is running for Jacob’s Board of Supervisors seat, would care about Valley Center’s fire finances.

It’s all very puzzling, but boils down to people from out of town trying to influence our election.

Why doesn’t Mecham and Cal Fire disavow this mailer with Mecham’s name all over it? Is the chief really intervening in the election of a fire district that’s supposed to work shoulder to shoulder with his firefighters? If his name is being used without his permission, we advise that he asks them to stop their efforts. It’s easy to do, Chief Mecham. Just put your lips together and form the sentence “stand down.” They’ll do it. You’re their boss. You know what a boss is, right? It’s what you want to be in Valley Center.

Doesn’t it strike anyone else that Cal Fire union members trying to strongarm Valley Center residents into voting a way that will benefit them is like Russians trying to interfere in a U.S. election? It’s just as shady and underhanded because the union members are pretending they aren’t trying to influence an election that’s none of their business.

Ask yourself why the only person who signed the ballot argument against Measure AA is outgoing San Diego County GOP Chairman Tony Krvaric, who apparently has plenty of time on his hands from what ought to be his real task of trying to keep San Diego County from going completely Democratic. He feels he must advise Valleyites on an issue about which he is supremely ignorant. Gee thanks, Tony!

There you have it. This is October, so this parade of slightly shady contributors to a cause that is of no concern to them is kind of a monster mash of corruption. Who knows whose hands end up washing other dirty hands in this slimy little game of political paddy cake?

Whatever the reason, you can be sure that nobody who contributed to that PAC had the best interests of Valley Center residents at heart.