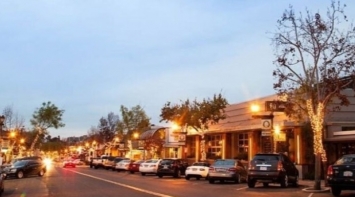 June 6, 2020 (La Mesa) – After riots devastated downtown La Mesa on May 30th, El Cajon Deputy Mayor Phil Ortiz teamed up with the San Diego East County Chamber of Commerce Foundation and others to establish the La Mesa Business Disaster Recovery Fund.  The fund raised $50,000 in its first 13 hours last Sunday and has now surpassed $168,000 from more than 2,000 donors.

You can make a 100% tax deductible donation on GoFundMe by clicking here.

The site states, “Our small businesses are devastated and many were already on the brink due to COVID19. La Mesa Village has been the heart of small business in the city and is a beautiful place for dining, events and memories.”

Many businesses had been closed for over two months. A few, such as hairdressers and a barber shop, had reopened only days before the riot and some, including a winetasting room and bars, had still not been allowed to reopen due to the pandemic. Even those allowed to reopen had suffered reduced sales, such as restaurants relying on take-out food and later, having to cut down their number of tables to maintain social distancing.

The damage from the rioting in La Mesa included looting and vandalism to dozens of downtown villages, some in the historic district, as well as burning down of two banks and the historic Randall Lamb building. There were also spot fires in some other buildings.

All proceeds will go directly to small businesses that were destroyed or damaged. The Chamber's foundation is a nonprofit serving East County for over 26 years. 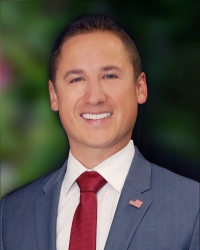 Ortiz voiced gratitude to the many who have already given money to help La Mesa’s merchants. “My friends, you have made your mark on this world in an extraordinary way. You are ensuring Downtown La Mesa will be here for generations. You are giving business owners hope to rebuild, to not give up,” he wrote, adding, “East County rallies when crisis occurs, whether it’s school shootings at Santana and Granite Hills or out of control fires, we show our character and resolve.”

The family of Barry Jantz, CEO of the Grossmont Healthcare District and a former La Mesa City Councilman, also aided in the effort.

A recent updated posted by Jantz faults mostly outsiders for "taking incomprehensible advantage of the situation, resuting in significant damage to dozens of businesses in the heart of La Mesa" following a "peaceful protest" earlier in the day.

He adds, "In the days since, we’ve witnessed community members of all kinds – residents, shopkeepers, students, those involved in the peaceful protest, and many from neighboring cities throughout the region – come together to clean up the city and support the impacted businesses that need it the most."

Jantz said he and his family are "proud to see those rightfully exercising their freedom to peacefully protest among those immediately responding with aide to their community, joining in the effort to clean up and donate funds. All were shocked by such an important display of basic rights being turned into the extreme opposite, the original message of change and unity thus silenced, while devastating the businesses we all frequent and the owners and employees we know by name."

The funds raised will be distributed to small businesses that suffered physical damage and other losses.

A list of affected businesses is being developed. Business owners are in the process of being contacted. A timeline, criteria and simple application are all in development for distribution of the funds. The GoFundMe page will be updated with the information in the days ahead. The East County Chamber of Commerce may also be contacted at 619-440-6161.