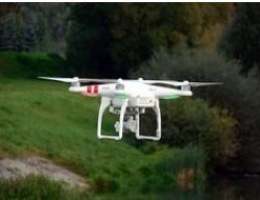 February 23, 2016 (San Diego’s East County) – If you own a drone, you must register it with the Federal Aviation Agency. Under a new law now in effect, flying an unregistered drone outdoors anywhere in the U.S. could land you in jail and facing hefty fines.

There is a $5 fee for registrations.  As of February 19, the FAA reports that 368,472 drone registrations were received—more than the number of airplanes that are federally registered.

Some have opposed even the minimal $5 registration fee, which they call a “drone tax.” Two lawsuits have been filed against the FAA over the new law, including cases brought by a technology group and a drone hobbyist.

But the FAA contends the system is both legal and necessary to protect public safety, after numerous near-misses between drones and other aircraft, including planes and even firefighting helicopters.

For more information visit the FAA site at https://www.faa.gov/uas/registration/faqs/.