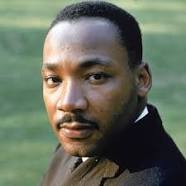 “I may not get there with you.” – Dr. Martin Luther King, Jr., one day before his assassination in Memphis.

March 11, 2018 (Lemon Grove) -- The Lemon Grove Historical Society will continue its Remembrance Project on Apr. 7 at 2 p.m. in the Lemon Grove Library, 3001 School Lane, to mark the 50th anniversary of the assassination of Dr. Martin Luther King, Jr. 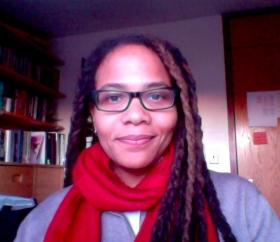 Discussing this shattering historic moment will be Dr. Dayo Gore (right), professor of Ethnic Studies at UCSD and a representative of the new generation of African American scholars, and Dr. John Warren (below), recipient of a 2018 Martin Luther King, Jr. "unsung hero award" from the California State Legislature and publisher of San Diego Voice & Viewpoint, the area's leading African American newspaper for over half a century. Historical society president Helen Ofield will moderate the panel. Head librarian Charlotte King-Mills will introduce the program and display related books.

On Apr. 4, 1968, Dr. King stood on the upper balcony of the Lorraine Motel, Memphis, TN, and was shot to death at 6:01 p.m. by James Earl Ray. An hour later the civil rights leader died in a local hospital. The day before, Apr. 3, in a prescient moment redolent of Greek tragedy, Dr. King gave the last speech of his life ("I have been to the mountaintop") to a Memphis rally for the Poor People's Campaign in which he uttered the famous line, "I have seen the promised land...I may not get there with you." 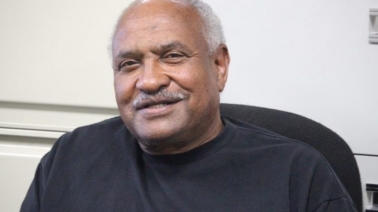 Millions remember where they were on Apr. 4, just as they do for JFK's assassination and 9/11. Dr. King's death, coming at the height of the Civil Rights Movement, was followed by national riots and bloodshed, the very reactions he had spent a lifetime preaching against. Today, his life is evoked each January with parades on the anniversary of his birth. Filled with volunteers, marching bands and many children (not to mention the ubiquitous shopping mall sales), these events help to keep alive the memory of a great American.

But how many truly understand Dr. King's mission, which was controversial in his lifetime? What of the role of the Civil Rights Movement in American life, the long term goal of equality for all, the continuing search in the American Experiment for justice, tolerance, respect and compassion? The Remembrance Project will explore these issues through the ideas and expertise of Drs. Gore and Warren.

Past topics on the Remembrance Project have included JFK's 1963 visit to San Diego and assassination five months later, the Korean War, the Vietnam War and America's involvement in WW I. We are grateful to the Lemon Grove Library staff and bookstore Friends for their keen interest and participation in these events. Events are suitable for ages 18 and over.

It's sad that so many people haven't learned much of anything from him.