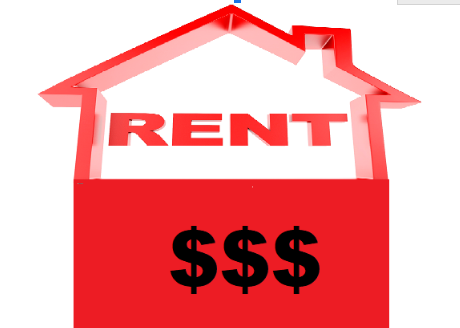 June 22, 2019 (San Diego’s East County) – The city of San Diego ranked second worst in the nation for rent hikes on  a one-bedroom apartment in 2018, at 17% with an average rent of $2,300, according to Rent.com. By contrast, the national average rent increase nationwide was 2.69% and California averaged a 4.48% increase in rents on one bedroom apartments during the same time period.

Rents are also skyrocketing in East County, where some communities had double digit rent hikes from March 2018 through March 2019 for 1 BR units:

Santee, by contrast, had only a modest 1.25% increase.

Spring Valley, the only unincorporated community in San Diego County with enough inventory to provide statistically valid data, had a 9.6% increase.

The average rents for these communities are:

Brian Carberry with Rent.com cautions that the data does not include all rentals in these areas. The data relies on information from multi-family rental properties listed on ApartmentGuide.com.

“Both Lemon Grove and Santee had less than five properties, which might not give a representation of the total rental market in those cities,” Carberry cautions.

Population growth is one key factor fueling demand for rental housing in our region. The city of San Diego grew by over 11,000 new residents from July 2017 to July 2018) to more than 1.5 million residents.  Figures for population increase were not provided for other areas in the county. The San Diego region’s sunny weather, beaches, outdoor activities and other attractions make it a perennially popular place to live, further exacerbating rental affordability.

East County has long been one of the county’s more affordable places to live, but as rents continue to spiral, many people are finding it harder to make ends meet, particularly those on low or fixed incomes.

Not surprisingly, homelessness remains high across our region. The 2019 Point in Time homeless count found 8,102 homeless people countywide – with 13% of those in East County. While countywide the January 2019 count’s total actually dipped 6% over the prior year, some East County communities saw increases in the number of homeless, including substantial increase in Lemon Grove, El Cajon, and Alpine homelessness.

Some activists at recent El Cajon City Council meetings have called on the Council to adopt rent controls, an action Council has resisted.

The state of California has sought to mandate more affordable housing, but has drawn resistance from communities that oppose zoning changes to allow rental units to be built in areas zoned as single family or make it easier to erect high-rise rental properties.

Some local cities such as La Mesa have enacted ordinances to make it easier for single-family homeowners to build “granny flats” which can be rented out or used to house family members. Many see infill development as a better option for creating affordable housing than erecting high-rises in small towns or massive new housing developments in rural, wildfire-prone areas.  But even granny flat ordinances have met with opposition in some neighborhoods over parking concerns.

The County has recently increased funds allocated to build some low income rental housing on County properties with an aim of reducing homelessness and helping people at risk of becoming homeless avoid being out on the streets.

High rents are also very challenging for seniors on fixed incomes as well as for large families, including many immigrant families who came to East County during the Iraq War.

There are no easy solutions to the housing affordability crisis, but increasingly, the state and local governments are recognizing that as rents continue to spiral out of sight, income growth is not keeping pace. Even two-household incomes are often spending far more than experts advise on rent to keep a roof over their families’ heads, which means  less money is available for other necessities such as food, transportation, children’s school supplies and medical care.

My son pays $1750 for a 1 Br. near Grossmont College. Him and his girlfriend recently had a baby and they own a dog and a Cockatiel. He also has a kayak hnging on the wall. They have a good income but can't afford to move.

student.  I lived in La Mesa with 2 friends so  my share was $100 a month, very afforable on a part-time, minimum wage job whle also paying tuition at Grossmont. Back then, 1975-76, minimum wage in CA was $2 to $2.50 an hour.  I also had a couple of piano students. My total part-time income was probably $350 to $500 a month max per month.  But that was enough for my share of rent, food, and tuition (my parents paid for books) plus gas and car insurance, barely  On a good month I could save $100.

Minimum wage today is around  $11 an hour. How is anyone supposed to afford rent on that, especially if you're a student who can only work part-time?  Or you have children with all the expenses that raising a famly entails?  Even full time you'd be earning only about $404 a week,  or maybe $1700 a month (depending how many days in a given month) which is not even enough for the average 1BR apt. anywhere in our area, let alone a 2 or 3 BR apt.   So even if you put 100% of your income for rent, with nothng for food, gas, car  maintenance, school, insurance, utilities etc. you still couldn't afford a place to live. Is it any wonder so many wind up homeless?

Lose a job, even for a short time, or have another emergency such as a major car repair where you can't pay your rent, and you wind up evicted  You then need 2 months rent plus a deposit to get nother apartment -- maybe $5,000 to $8,000 just to get another place to live. How many people have that much saved when they're working a low-wage job?  Almost none.

The gap between wages and rents is the key issue here.  In 1975, a person earning a $2 minimum wage working fulll time woud've still had to be very frugal, but could manage a cheap but clean apartment and still hvae something left for food and other necessities, especially if they had a roommate.  But minimum wage is no longer enough to get even the worst apartment in many areas. The cost of everything else has also gone up out of proportion to wages .We have the highest utility rates in the nation or nearly so, the highest gasoline tax, fuel costs have gone way up, as has the cost of groceries.  We have new items considered necessities now such as cell phones and computers -- students can't be competitive without a computer.  But those all cost money for the equipment and internet service. Internet service just keeps going up and up, too.  Make a mistake?  Running a stop sign can be a three-figure fine. Have medical issues?  Prescription drug costs are through the roof as are health insurance premiums for many people and deductibles, though there are some subsidiies for these for the very poor, but not enough for those just above the minimum thresshold.  These are turning middle class earners into poor folks.

I don't know what the answer is; the ones we hear are mostly simplistic and address only a small slice of the big pie.

Over one million "legal" new immigrants come in each year. No one knows for sure whether we now have 30, 40, 50 million "illegals" in our Country. This equates to the dynamics of housing in America. This also includes our, aka Americans............ability to provide food, water and "necessary essential services" as our farm lands and usable land disappears and reappears as housing. We are becoming "dependent" upon imported foods. Take a look at Hemet, Temecula, Otay, South bay etc. So dear Watson, look north to Sacramento for answers.........that is were the damage control should be and is not. I demand sanctuary against the invasion!
I've been talking about this trend in rent increases for years. Specifically regarding the affects on low (fixed) income seniors. Average rent increase where I live is $50 per year, and the occasional Cost Of Living increases we get (as do disabled people, etc.) which are typically about $24, do not keep up with inflation rates, they never have. The future looks a bit grim if one takes the time to truly analyze it. Simple math will reveal the story which concludes with more people soon becoming homeless due to no real fault of their own. Rent control? A dirty word no real estate investor wants to hear, yet something must be done. I too am giving serious consideration to moving out of state in an attempt to find more affordable housing as I live out my 'Golden Years', but more research needs to be done. I find this sad, because California is 'Home'. Born and raised, as were my parents and theirs before that, plus one more. Four generations of family in California, now slowly fading out and I'm not the only family member possibly moving to another state. Something needs to change, but I don't know what will fix these glaring issues of economic desparity. causing despair itself.

Moving back to New Hampshire this October.

We will miss you