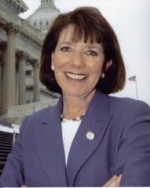 August 16, 2011 (San Diego –Congresswoman Susan Davis (D-San Diego) will host a Boot Camp for Job Seekers on August 30. Her office announced the event today, following a visit to her office by constituents concerned about jobs.

“I appreciate the efforts of those who visited my office today and made their voices heard. I welcome their suggestions for job creation,” Davis said. “I share the frustration that the current Congress has not done enough to address the real issue at the root of the deficit and the root of our stagnate economy – it’s the lack of jobs!"

She added, "I’ve spoken on the House floor over and over about the need to focus on jobs and I’ll keep doing it until our unemployment rate goes down significantly. Middle class Americans make our country strong, and it saddens me when I hear people say the American dream is becoming more and more difficult to achieve. Congress must work to ensure prosperity and financial security are alive and well for everyone.”

Davis faulted Wall Street for causing the financial crisis that in turn led to the worst recession since the 1930s. “These same people should share in the sacrifice to get us out of this mess,” she said. ““I am deeply concerned that the recent debt ceiling agreement lacks new revenue from closing tax loopholes for the wealthiest Americans and corporations. The burden for our debt should NOT fall on the middle class. We won’t begin to pull out of our deep economic problems or the debt crisis until Americans go back to work.”

Davis called for investment in job training programs and encouraging small business development and hiring. She also supports President Obama’s goal of addressing unemployment among veterans and the need for a payroll tax deduction for working Americans as means of stimulating the economy. “Once the unemployment rate goes down and Americans are working again, we will be in a much better position to address the serious problem of the growing national debt,” Congresswoman Davis concluded.

Davis will host a Boot Camp for Job Seekers on Tuesday, August 30 from 8:30 a.m. to 1 p.m. at the Unversity of San Diego Joan B. Kroc Institute for Peace and Justice, 5998 Alcalá Park, San Diego.

Details on both events, as well as links to RSVP, are available on her website at :
http://www.house.gov/susandavis/