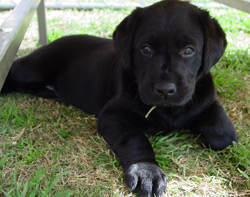 March 10, 2012  (San Diego) – In recognition of her leadership on animal protection issues and for receiving a perfect score on the 2011 Humane Scorecard, Congresswoman Susan Davis (D-San Diego) was named a Humane Advocate by the Humane Society of the United States (HSUS) and the Humane Society Legislative Fund (HSLF).

“It is an honor to be recognized by the Humane Society of the United States and the Humane Society Legislative Fund,” said Davis.  “I’m proud to play a role in the essential work that they do to protect animals.  Animal welfare is a top issue for many of my constituents and I know they appreciate the work done by the by the HSUS and HSLF.”

“Representative Davis has been there for us on a wide range of critical humane issues,” said Wayne Pacelle, president and CEO of The HSUS. “We so appreciate having her steadfast support for animal protection.”

The 2011 legislative scorecard included votes on the Endangered Species Act, agribusiness subsidies, and lethal predator control, and cosponsorship of bills on puppy mills, horse slaughter, and chimpanzees in research.

The congressional district Davis represents is home to 23,167 supporters of theHumane Society of the United States.