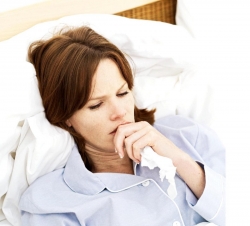 August 21, 2009 (Washington, DC) – The Joint Economic Committee (JEC) of the House and Senate has just released a new report detailing how our current health care system isn’t working for women and the drastic number of women who have lost their health care coverage in the current economic crisis.

“This report underscores the urgent need to reform our health care system. Every day that we focus on disruptive town hall meetings or the gross misinformation being generated in this debate, is a day crucial facts are not heard,” said Congressman Bob Filner (D-Chula Vista), whose district includes southern portions of East County. “The facts are staggering: over a million American women have lost insurance during this recession because their husband lost his job; three out of four women between age 55 and 64 report delaying health care because their own coverage was jeopardized by a spouse’s transition onto Medicare; and a full 28% of women under age 25 have no insurance at all – in the richest country in the world.”

He added, “We need to hear the voices of American women in this debate. We must reform our health insurance system.”

The JEC report, titled “Comprehensive Health Reform: An Essential Prescription for Women,” includes original analysis showing that over 1.4 million women have lost their health insurance benefits during the current economic crisis because of their own, or their spouse’s job loss. The report shows a spike in the number of children losing health care coverage when their single mothers face unemployment, estimating that hundreds of thousands of children lost their health care in this recession. It also details that younger and older women face unique risks when it comes to coverage and access to affordable, quality care.

“No woman in our country should fear losing her coverage because she lost her job, changed jobs or decided to start her own business,” said Filner. “Our health care legislation gives every single American woman and man the peace-of-mind that your family’s health care coverage will be there when you need it, and at an affordable price.”

Filner said the America’s Affordable Health Choices Act will not add to our deficit and is a “crucial part of our long-term economic recovery.” Currently, health care is the largest drag on our federal deficit and Americans spend twice as much on health care as any other nation, he added. “By reforming our system now, we will rein in the soaring costs of premiums for families and American businesses, put our country back on the road to fiscal responsibility, and rebuild our economy on a stronger foundation.”

Congressman Duncan Hunter (R-Alpine), who represents most areas in East County, reconfirmed his opposition to the America’s Affordable Health Choices Act during a public forum tonight hosted by the San Diego East County Chamber of Commerce. Hunter said he opposes a public option for healthcare, but would support reforms to make health insurance portable and transparent. “Reform the system, don’t crush it,” he concluded.

Brian Bilbray (R-San Diego) also opposes a public option. “I think that we've got to understand that health care isn't a right,” he said during an interview on KPBS recently. “A right is more the ability to be left alone by government. We're talking now under the guise of a right of forcing everyone to have to have insurance - denying the choice not to be insured.”

Filner noted that even with insurance, many people are now finding they lack adequate healthcare coverage. At a press conference to unveil the new report at the U.S. Capitol, D.C. resident Sarah Wildman spoke about her experience with discriminatory health insurance practices. A self-employed woman with health insurance, Wildman was shocked to receive a bill for $22,000 in hospital expenses for having a baby. She explained how she learned that the insurance policy she’d bought through the individual market—her only option for coverage—capped her birth-related expenses at $3,000, covering a mere fraction of her maternity costs.

“Women all over America, most of whom are insured, need to understand their stake in this health insurance reform debate,” Filner concluded. “We must not let the insurance industry or any other voice be heard more loudly than that of Californians.”

It is sad to hear that the woman and children's are suffering because they don't have proper health insurance benefits or their benefits are been jeopardized by the government because they lost their jobs or their husband's lost their job or they changed their jobs and children's lost their insurance coverage because their mother's lost jobs. All these reforms are not correct and should be changed. The Washington government has now thought about the sufferings of women and they are removing all the older reforms and assuring that although you don't have a job, you will be given the insurance coverage. Brian Billbray has said right “I think that we've got to understand that health care isn't a right,” ... Health care is the right of women and children's and it should be given to them for their upliftment and security.

You said “I think that we've got to understand that health care isn't a right,” and ". . . A right is more the ability to be left alone by government. We're talking now under the guise of a right of forcing everyone to have to have insurance - denying the choice not to be insured.”

What if suddenly you had a life threatening disease with catastrophic costs? I guess you could just choose to die. That would be your right. Or you could choose to check yourself in to a hospital and count on friends and family to help you pay the bill. If you were indigent or poor you could apply for County Medical Services (CMS) but that's a government program.

But then, you already have government health insurance Mr. Bilbray and I guess you are over 65 so you also have Medicare. Not to worry.

What about all those women and others who, through no fault of their own, have no choice but to be without insurance?

By voting against Health Care Reform you will be choosing to deny millions the right to have exactly what you have - Government run health care.

How much did you say the AMA contributed to your re-election campaign Mr. Bilbray? Look it up for yourself.

"Over the course of his career, Bilbray has taken in $241,700 from the pharmaceutical industry and $338,600 from health professionals, including $57,000 from the American Medical Association, a physician group that has vigorously opposed plans for public health insurance coverage. The AMA ranks fifth among Bilbray's all-time leading donors."
http://www.opensecrets.org/news/2009/06/dentistcongressman-advocates-p.html