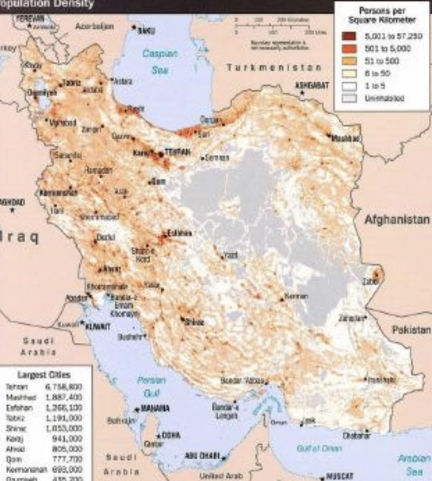 Photo: CC by NC via Bing

“In numbers not seen for decades, the brave people of Iran are lifting their voices and publicly standing up to one of the world’s most brutal and repressive regimes. They are demanding their fundamental freedoms, and risking their very lives,” said Rep. Issa. “Many of them have already paid the ultimate price, and there is no better time for the House Foreign Affairs Committee to investigate Iran’s shocking human rights abuses, show the world the truth of what is happening there, and hold accountable the Mullahs of Iran. We must immediately convene an oversight hearing to shine light on this critical matter.”

The letter in part reads, “For seven weeks, brave men and women in Iran have tirelessly protested the oppressive regime, which was sparked by the death of 22-year-old Mahsa Amini who was beaten to death while in custody of Iran’s morality police after being arrested for allegedly wearing her headscarf incorrectly. Congress has been out of session for two months, and during that time, Iran has attempted to stop the protests with increasingly brutal force that has reportedly resulted in the death of more than 272 protestors, including 39 children. Nearly 14,000 are being detained.”

The letter continues, “As men and women in Iran show indomitable courage in the face of Iran’s security forces, the Committee should immediately hold an open oversight hearing with top Administration officials, as well as a hearing to debate and mark up the bipartisan pieces of legislation addressing the human rights abuses and terrorism activities perpetrated by the Islamic Republic of Iran.”

Issa is also a cosponsor of H.Con.Res 110 commending the bravery and courage of Iranian demonstrators and H.Res.1397 condemning the Government of Iran’s torturous murder of Mahsa Amini.

The letter can be read HERE.

Today, the European Union added new sanctions against Iran and issued the following statement regarding ongoing human rights abuses:  “ The European Union and its member states condemn the continued widespread and disproportionate use of force against peaceful protestors. This is unjustifiable and unacceptable. People in Iran, as anywhere else, have the right to peacefully protest and this right must be ensured in all circumstances.  The EU urges Iran to immediately stop the violent crackdown against peaceful protesters, to free those detained, and to ensure the free flow of information, including internet access. Furthermore, the EU urges Iran to clarify the number of deaths and arrested, to hold those responsible accountable and provide due process to all detainees. The killing of Mahsa Amini must be also investigated in an independent and transparent manner and any proved responsible for her death must be held accountable.”

as in this matter is designed to attack those US enemies and also shift attention away from domestic human rights abuses. In this case, according to Iran media, 46 members of the security forces, including police officers, have been killed in these "peaceful protests" in areas where US influence exists (Balochistan and Kurdistan). The US reacted in a similar way in the recent US-inspired violent protests in China's Hong Kong.