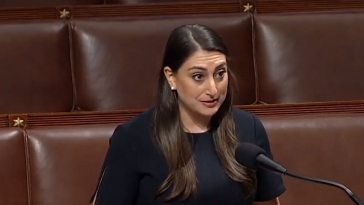 September 24, 2021 (Washington, D.C.) - Rep. Sara Jacobs was the only member of the San Diego congressional delegation to cast a vote against the 2022 defense funding bill on Thursday, citing the end of the war in Afghanistan.

“After 20 years of war in Afghanistan, it’s unconscionable that so many of my colleagues have concluded that what we need is more — more money, more weapons, and more war. It’s time to recognize that there are simply not military solutions to every problem,” said the Democrat who represents the 53rd District in central San Diego County.

Republican Darrell Issa and Democrats Mike Levin, Scott Peters and Juan Vargas all voted in favor. The 2022 National Defense Authorization Act was approved 316-113, with 38 Democrats and 75 Republicans voting against it.
Jacobs took issue with a $24 billion increase pushed by Republicans to make the final spending for defense $768 billion.
“As the representative of San Diego, a proud and vibrant military community, I take seriously the responsibility to serve those who serve our country,” said Jacobs. “But our servicemembers and military families don’t need a larger budget — they need their families to be taken care of and a government that goes through every diplomatic channel before making the decision to send them to war.”
The next steps are for the Senate to pass its own spending bill, followed by a reconciliation of the two versions before sending the final to President Biden for this signature.