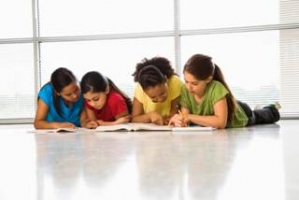 April 1, 2014 (Los Angeles)-- California's African-American, Latino and American Indian children lag far behind white and Asian kids when it comes to access to health and education opportunities. Those are the findings of a new Kids Count policy report from the Annie E. Casey Foundation that measured data such as birth weights, reading and math levels, and family support.

According to Laura Speer, Casey Foundation associate director, the report is valuable because the Census Bureau is projecting children of color will represent a majority of American kids by 2018, and by 2030 the majority of the U.S. labor force will be people of color.

"We think it's a really critical time for the country to focus on improving outcomes for these kids, since they really are going to be the future success of the country," Speer stated.

Ted Lempert, the president of Children Now, said a child's fourth-grade reading level is important because it's a proven indicator of success later in life.

"One of the indicators of this study is high school students graduating on time. And, one of the best predictors of that high school graduation rate is fourth-grade reading, and so it really is an early marker of how kids are faring in the education system," he said.

Lempert added that, while the results are very unsettling, the good news is that research shows state investments in high-quality programs for kids can make a difference. He said California is taking those steps with the new Local Control Funding Formula to address these racial inequities.

The full report is at AECF.org.