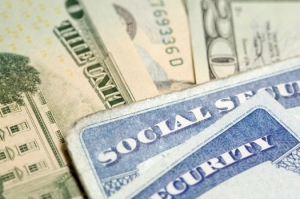 October 21, 2015 (Sacramento) – The senior population of California will grow by two-thirds over the next 20 years, and most workers are not saving enough for retirement.

"The fastest growing groups of seniors are age 80 and older, Latinos and Asians," she says. "In addition, women will continue to make up a majority of seniors. And these are the very populations that tend to have fewer resources in retirement."

The report is the highlight of a conference on retirement held last week Sacramento. Another finding is that more than 6.2 million Californians do not have a retirement savings plan through their employer.

Blanca Castro, advocacy director with AARP California, which is co-sponsoring the conference, supports legislation coming next year that will establish the Secure Choice program – a retirement savings plan run by the state that would help Californians who don't have access to a 401K.

"The Secure Choice grants would be a vehicle for many people who currently don't have a way to save for retirement," she says. "Regardless of where you work, this savings program would always go with you."

The report also found that the Fresno and Los Angeles areas will face the largest populations of seniors who have no other retirement income apart from Social Security.

the same aarp that backs every tax increase, liberal cause and backed obamacare which is hurting working people and retired, not helping. aarp is an insurance company and the enemy of the elderly, not a friend

Of course that is wrong. So AARP, seeing a new way to make money, says: Employees could save on their own but don’t. So we will HELP them. I'm from AARP and I'm here to help you. We'll just put the burden on employers, another burden, to collect the money, put in in our fund subject to operational fees, while AARP has the money to invest in other schemes. There would also be expenses at the state level. A seven-member board chaired by the state treasurer would oversee the program, and the plan’s funds would pay administrative costs. All this when all people have to do is to deposit five percent of their income in a bank every month!

We did a good job saving when we were young, best we could, but our savings have been wiped out by multiple emergencies --mostly medical, like so manyh poeple with soaring medical bills these days.  Then there were the losses in value many people suffered in their homes when the mortgage market collapsed, many upside down and losing their homes completely.  Plus the stock market plummeted. A lot of people lost jobs completely and can't find new ones. College costs for our kids have skyrocketed -- all the money we saved from the day they were born was not nearly enough to get them both through four years, with nothing for grad school.  So no, it's not easy to save and just because someone doesn't have enough saved away does not make them irresponsible. I resesnt like hell when people make that insinuation.  Take our most recent issue, for instance, our daughter had a tumor at the puitiary gland at base of her brain that had to be removed and the surgeon was not on her Covered CA medical plan. It couldn't wait or she would risk blindness, and she was about to go away to grad school and would lose her future. So we all dug deep to help get this life-saving surgery done in time.  Where do you think money like that comes from? It doesn't grow on trees. It comes from the parents' and grantdparents' retirement savings. And you're assuming people earn enough to start with to save. Some with low-wage jobs barely can make ends meet.  The cost of living for housing, utilities, cars, gas, etc. have gone up much faster than incomes in recent decades.