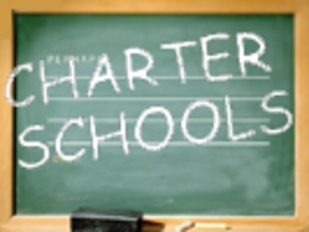 May 9, 2018 (San Diego) -- In a first-of-its-kind analysis, researchers found that public school students are bearing the cost of charter schools’ rapid expansion in San Diego and other school districts throughout the state.

The analysis, Breaking Point: The Cost of Charter Schools for Public School Districts, conducted by think tank In the Public Interest with Dr. Gordon Lafer, examines the cumulative effect of charter schools on California school districts, which rank 42nd nationwide in per pupil spending.

Over the last two decades, the number of California charter schools increased by more than 900 percent to more than 1,200 schools.

“Our analysis found that, like many school districts across the state, the continued expansion of charter schools has taken a toll on the budget of San Diego Unified,” said Dr. Gordon Lafer, a political scientist and professor at the University of Oregon. “The high cost of supporting a separate charter school system makes it more difficult for the district to fund key goals like smaller class sizes and support services for low-income students.”

While some charter schools offer unique opportunities such as specializing in the arts or innovative academic approaches, there is no requirement for them to do so – and all charter schools draw money away from public schools in the same districts.

The California Charter Schools Act does not allow school boards to consider how a charter school may impact a district’s educational programs or fiscal health when weighing new charter applications. However, when a student leaves a neighborhood public school for a charter school, all the funding for that student leaves with them, while all the costs do not. This leads to cuts in core services like counseling, libraries, and special education and increases class sizes at neighborhood public schools.

“Our elected school board should have the right to determine the future for our community,” said Cindy Marten, Superintendent of San Diego Unified School District. “We want local control and the ability to choose a better future for our city and the students we serve. Only with robust local control and true accountability will our children continue to thrive in San Diego.”

According to In the Public Interest’s analysis, San Diego Unified School District loses nearly $4,913 a year per charter school student, largely due to fixed costs that cannot be reduced when a student leaves a neighborhood school. San Diego Unified is the second-largest district in the state, with a combined enrollment of more than 128,000 students, and a total of 51 charter schools.

“Unlimited charter school expansion is pushing some of California’s school districts towards a financial tipping point, from which they will be unable to return,” Dr. Lafer said.

Key findings from the report include:

In the Public Interest is a nonprofit resource center that studies public goods and services.

What the state (and pretty much all the states) gets for doing what they have done to public schools. When we are ranked 42nd in the nation, what do you expect parents to that want more than just a high school diploma from their kids? All this study shows is how much the public has lost complete faith in the public schools to provide safe and half way decent education. If the state has issues with it, then freaking fix public education, otherwise keep watching this number climb in silence.

started sucking taxpayer dollars away.  It's easy for charters to look good on test scores because they can cherry pick students -- not catering to the needs of disabled or poor/disadvantaged kids for instance. But all kids deserve a high quality education.  Budget cuts in lean years didn't help either, but the economy is better now and the state can and should invest in restoring our state's public schools to be among the best in the nation, as they were when I went through them and my kids did too.

How good was the education my kids got , graduating 10-12 years ago?  My son was valedictorian at Grossmont and got a perfect score on the math portion of his SAT score and within 10 points of perfect on the English portion; he graduated from UC Berkeley with an engineering degree.  My daughter went to Grossmont High and Grossmont College, then on to UCSD and later physician assistant school. finishing near the top of her class and got a residency at Johns Hopkins, the finest teaching hospital in the nation.

We need to get back to what we were doing 12-15 years ago, and stop with these experiments in charters everywhere. A few may be okay but not so many that they are bleeding our public school budgets dry.

AMEN!
Why was there no oversight and control of charter schools in the beginning? Why were charter schools started in the first place - was it because of the poor education in Public schools? Where does school funding come from?