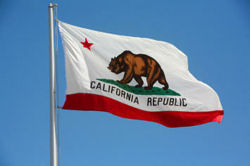 Tim O'Connor, director of the Environmental Defense Fund, says his group's report makes it clear that investing in new energy-efficiency programs produces the greatest economic benefits and job creation for the state.

"So, not only are California's policies driving reductions, they're also returning back to the economy and causing a multiplier effect, so that we have accelerated job growth"

From energy storage to clean transportation, the report looks at seven energy-related growth sectors in California's clean-energy economy that specifically focus on greenhouse gas reductions. From 1995 to 2010, it says, these sectors more than doubled in size, experiencing a 109 percent increase in jobs, while the state's total employment grew by 12 percent.

O'Connor says the report also finds that, even during the recession, California's clean energy economy held steady - while the state's overall economy lost 7 percent of its employment.

"What we saw was that people were caring about how much they were spending and they were investing in efforts to reduce emissions and reduce their energy bills, and that directly leads to support of California's green economy."

O'Connor says market demand in these areas is likely to increase rapidly in the future, as a result of the state's implementation of the landmark "Global Warming Solutions Act" (AB 32) and other state policies.