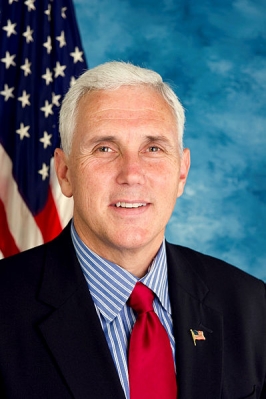 Pence is most known for the national controversy he created last year when he signed into Indiana law a bill that would extend protections to businessess who refuse services to same-sex couples.  Trump chose him as his vice presidential running mate last Thursday.

The mysterious aura surrounding Trump's wife, Melania's speech on Monday night was finally cleared as a longtime staff writer for Trump, Meredith McIver, who has also helped Trump with some of his books, took responsibility for the copied passages.  The passages were suspected--and confirmed--to be from current First Lady Michelle Obama's speech at the Democratic National Convention in 2008.

“This was my mistake, and I feel terrible for the chaos I have caused Melania and the Trumps as well as to Mrs. Obama,” McIver wrote. “No harm was meant.”

Former presidential candidate and Texas senator Ted Cruz spoke Wednesday night and what he had to say was earth-shattering; Cruz withheld his endorsement of Trump, who later walked out onstage and flashed a thumbs-up gesture at the crowd.