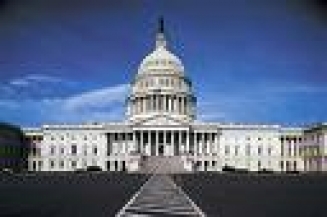 November 17, 2022 (Washington D.C.) – Historically, the party that holds the presidency loses substantial seats in Congress during midterm elections – often dozens in the House alone. But the red wave forecast by political pundits failed to appear.

Democrats retain control in the Senate by a 50-49 seat margin.   The final seat in Georgia goes to a run-off in December, but even if Republican Herschel Walker defeats Senator Raphael Warnock, Vice President Kamala Harris would cast tie-breaking votes, keeping Democrats in the majority.

As of yesterday, Republicans had won 218 seats in the House of Representatives – the bare minimum to regain majority party status. Democrats have 211 seats, with 6races still too close to call Democrats and Republicans each have slim leads in 3 of the uncalled races.  So Republicans’ majority will be in single digits. One close race was called yesterday by CNN in favor of San Diego Democratic Congressman Mike Levin.

Democrats also gained two Governor’s seats, with a record number of women winning gubernatorial races. Abortion measures were on the ballot in several states, and in every case, pro-choice voters won out.  The Supreme Court’s overturning of Roe vs. Wade, which led many states to ban or restrict abortion access even when a woman’s life is at stake, had a clear backlash for Republicans at the polls.

Most Trump-backed candidates lost their elections, as did nearly all of the 2020 election result deniers running for Secretary of State positions at the state level.  Republicans did, however, dominate races in Florida, where Governor Ron DeSantis is positioning himself to challenge former President Donald Trump for the GOP presidential nomination.

What will change in Congress?

By keeping the Senate majority, Democrats can approve appointments by President Joe Biden for judges and cabinet positions, a key point should a vacancy on the Supreme Court occur before the next election in 2024.  Senate Democrats can also potentially block legislation passed by the Republican-controlled House.

But it will be difficult for Democrats to pass their own legislation, likely leading to political gridlock with the House and Senate split among the parties on any measures that don’t enjoy broad bipartisan support.

In the House, the change in power could spark a power struggle over leadership. It remains to be seen whether Kevin McCarthy will be named House Speaker, or whether a challenge from the more conservative wing of the party may prevail.  The current House Speaker Nancy Pelosi has announced that she will not seek a leadership position in the new Congress, making way for younger members to assume leadership roles in the minority party.

But with only a slim majority, Republicans may find it difficult to  pass extreme measures, such as a national ban on abortion, impeaching Biden or other steps called for by the more strident extremists in the House, since a handful of moderate Republican votes could stymie such efforts.