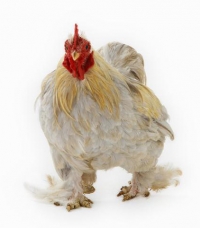 May 14, 2010 (Mt. Helix) – County Supervisors will vote Wednesday on whether or not to approve Reynolds Communities proposed Fuerte Ranch Estates development on the site of a former chicken ranch. Reynolds has scaled back initial plans from 76 to 36 homes on the 27-acre parcel adjacent to Damon Lane County Park at Fuerte Drive and Damon Lane.

The plan has ruffled feathers among many area residents, also raising hackles of East County planners.

The County's Planning Commission approved changes to the the project by a 6-1 vote in January, after previously rejecting the plan. The property is currently zoned agricultural with a maximum of one dwelling unit per two acres, so approval would require an exemption from the General Plan.

Jack Phillips, chair of the Valle de Oro Community Planning Group, is crying fowl. “Those changes were put together by the developer and county staff. Our community groups were not consulted,” he told the San Diego Reader, according to a May 12, 2010 article, “and county staff have been cheerleaders for the project all along."

The Grossmont-Mount Helix Improvement Association,  in an e-mail sent to members, calls the project an “attack on our Mt. Helix area General Plan.” Project opponents cite concerns over changing the area’s rural character, increasing traffic near Fuerte Elementary School, diminished views, impacts on a creek and harm to wildlife in the park’s wooded areas and meadows.

County Supervisors will hold a final hearing on the project Wednesday, May 19 at the County Administration Building, third floor, 1600 Pacific Highway in San Diego. Individuals wishing to speak for or against the project are advised to arrive by 8:45 a.m. and keep presentations to two minutes or less.

Which side will emerge cocky and which may be egg-faced after the hearing remains to be seen.