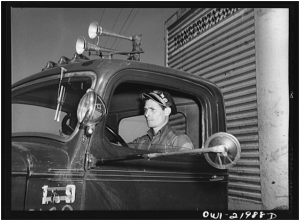 October 20, 2015 (Washington D.C.) – Congress has crumpled the security net for many retired union workers.  A controversial law passed last December allows multi-employer pension funds to cut benefits if the funds are projected to run out of money.  CNN reports that many of these funds, which cover over 10 million works, are in financial trouble.

One of the first to take advantage of the new law is the Central States Pension Fund, which has been teetering on insolvency and now wants to cut benefits as much as 60% for retirees  who are reliant on its pension payments—if the Treasury Department approves the deal.

The fund covers workers and retirees in over 1,500 companies ranging from truck drivers and construction workers to Disneyland employees.

Before the new law, which was pushed through by conservatives in control of both houses of Congress, people already retired would have been protected against such cuts. But now it’s open season on benefits they had counted on to take care of them in their golden years.

Hardest hit will be workers whose ex-employers have gone bankrupt.  The only retirees safe from cuts are those age 80 or older, those cuts will be somewhat less for those over 75. The average cut is around 28%, Central States Pension Fund has indicated.

For retirees suddenly faced with living on half or less of their former pension checks, the future may be grim.  Finding work for older Americans is tough in the best of circumstances, and for some facing medical problems in their senior years, the outlook is even worse.

The Treasury Department has 225 days to approve or reject the pension cutting plan, which Central States Pension Fund says is needed to prevent it from running out of money in the next 10 years and blames deregulation of the trucking industry in the 1980s for the loss of 10,000 employers who contributed to the fund in the past.

in the U.S.  After, it was 10%.  I fear we are heading back to an era when seniors had no security in their old age and it will be even worse now, when most don't have extended families to care for them.

People who have worked their entire lives made a deal. The deal was to agree to a smaller paycheck in return to getting a pension to see them through their retirement years. The number of seniors living in real poverty is still too high, but it is nothing compared to the number of seniors in poverty before Social Security and Medicare. We need to turn around the way this country is going, towards an oligarchy of the very rich to the democracy that we originally had! This is exactly why we need to elect Bernie Sanders and similar thinking people to government from the Presidency on down. For once, Middle Class Americans need to vote to help themselves not the rich class. For local information on Bernie, go to this website http://www.sandiegoforberniesanders2016.com/