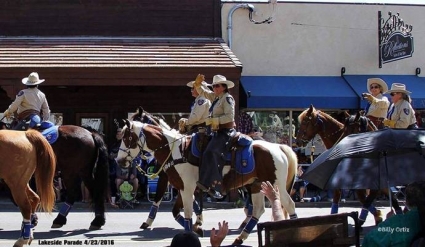 April 24, 2016 (Lakeside) – Yesterday morning’s Western Days Parade in Lakeside was marred by tragedy.   Diana Cavender, an experienced horse trainer and member of the Escondido Mounted Posse, has died of head injuries suffered in a fall that occurred when her horse spooked while she was riding to a staging area after the parade.

Al Pfeltz, a founder of the organization, told KNSD that Cavender’s horse spooked and began to spin, then fell on the pavement despite her efforts to bring the horse under control. The horse landed on its side, knocking off Cavender, who struck her head.

How do you hide a brain bucket in a cowboy hat?
http://ridesafe.myshopify.com/

If not this time, I hope riders wear protective head gear at all times when on a horse.