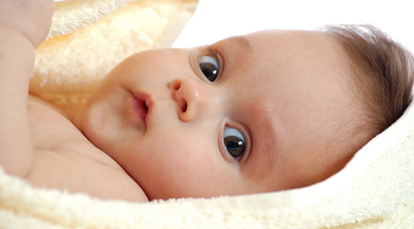 August 13, 2020 (San Diego) -- The novel coronavirus has swept the nation, leaving many including pregnant and nursing mothers in fear of the unknown.

How much of a risk does COVID-19 pose for expectant mothers, unborn infants and newborns?

Some lessons may be learned from an earlier related virus, Sars-Cov-2.  A study by Morbidity and Mortality Weekly Report  published on June 26 suggests that pregnant women with Sars-Cov-2  infection were more likely to be hospitalized than non-pregnant women of a comparable age range.

Out of the study’s 8,207 pregnant women, approximately one-third were hospitalized, compared to 5.8 percent of non-pregnant women.

The study also suggests that pregnant Black and Hispanic women were disproportionately affected by the Sars-Cov-2 infection.

However, Jennifer Ritchie, an Internationally board-certified lactation consultant, notes that transmission from mother to infant is unlikely.

“COVID in terms of a virus has been studied a lot with SARS because it’s very similar, but everything is happening so fast and the virus is mutating so fast and changing that no one is releasing statistics on COVID and breastfeeding,” says Ritchie.

Because it is a SARS viral strain, some studies from SARS in nursing mothers are applicable for COVID-19.

“There’s not a lot of published data so everyone’s going to the SARS research because it’s such a similar Corona virus and we do know that there are antibodies to SARS detected in breast milk,” Richie states. “Every vaccine you’ve ever gotten, every cold, flu, you develop antibodies and you give those antibodies to the baby so that baby does get that cold, or flu. That’s the benefit to the baby.”

Ritchie asserts that if a mother developed COVID-19, she would develop antibodies and be able to pass those down to her child via breast feeding.

“There have been pregnant women that have given birth – the mom tests positive, the baby tests negative,” adds Ritchie.

The general data available from previous studies on pregnant women points mothers in the direction of continuing to breast feed, even if they test positive for COVID.

A study from BJOG: An International Journal of Obstetrics & Gynaecology on Maternal Transmission of Sars-Cov-2 to the Neonate corroborates Ritchie’s statements and suggests that infection to the fetus is uncommon and mostly asymptomatic. There is also no evidence to suggest that a vaginal birth or breast feeding creates greater exposure.

Four percent of neonates were infected after birth. Out of 291 vaginal births, eight neonates were positive (four percent) compared to 20 neonates out of 374 Cesarean births (2.7 percent).

Out of 28 neonates with COVID-19, seven were breast fed and three were formula fed (one had expressed breast milk and others did not report feeding method). Therefore, there is no evidence to suggest that breastfeeding increases risk of postnatal transmission.

Ritchie works out of Dana Point, CA and was in private practice for 11 years. She now educates doctors on infant nutrition.

She saw approximately 35,000 patients in her private practice, and now only educates doctors – neonatologists at 13 hospitals in Orange County.

Ritche notes a lack of training and information on breastfeeding even among skilled physicians. She indicates that doctors “all get the set breastfeeding training in med school, and I believe it’s about five hours.”

By contrast, Ritchie went to the University of California, San Diego, where she attended a training program specialized in lactation and spent three years from start to completion. “I think there should be more training,” Ritchie says of physicians on the topic of lactation.

For nursing parents who would like more science-based information, Ritchie recently published a book entitled The Smart Parents Guide to Breastfeeding available on Kindle and in paperback. 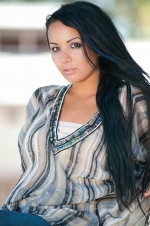