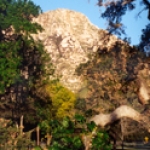 March 10, 2010 (Lakeside) --On March 13th, the San Diego River Park Foundation and its partners will team up for a new event to raise awareness about the San Diego River. More than 100 volunteers will participate in five special projects in Lakeside, Ramona, and Julian areas. The public is invited to participate in the events, which include clean-up and park beautification efforts as well as an open house at a nature preserve.

Project one and two are valley clean-up events which will start at 9am at El Monte County Park in El Monte Valley. The River Park Foundation’s Clean and Green Team in partnership with REI will work along the River while Allied Climbers of San Diego, a local non-profit group, will head up to the surrounding hills and crags to remove accumulated trash and debris.

El Monte Park, at 88-acres, is one of the original parks in San Diego County. The spectacular rocky face of El Cajon Mountain, commonly known as El Cap rises high over this beautiful area. The River Park Foundation is working with the party that owns the top of El Cap to preserve this East County landmark. Information will be available about this and other projects of the San Diego River Park Foundation.

Project three will be hosted by the Ramona Trails Association. They will be removing trash and debris from this popular trail to the 80 foot Cedar Creek Falls. They will even employ the use of a trained horse to assist in packing out any garbage that is located. The Association will meet at 9am at the Thornbush trailhead in San Diego Country Estates. Local residents are urged to join in and help make a difference for this beautiful area of our County.

Project four begins at 10am. Volunteers will give a “makeover” to the Inaja Memorial Picnic Area near Julian. This memorial to firefighters includes a popular vista of San Diego River Gorge. The River Park Foundation will join with the National Forest Service for this project. Volunteers will be painting picnic tables and grills and removing any trash. The group will also celebrate the completion of new shade structures. 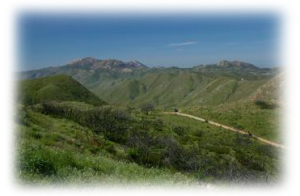 Project five is an open house at the 516 acre Eagle Peak Preserve (photo, right). From Noon to 3 p.m. the public will have the opportunity to explore the Preserve which was saved from development by the action of hundreds of San Diegans and several public agencies. The Preserve will also serve as eastern starting point to the 40 mile San Diego River Trail under development.

“Save the Source! is our latest effort to raise awareness about the San Diego River,” says Rob Hutsel, Executive Director of the San Diego River Park Foundation. “Once people get out to these beautiful areas and help care for them, they will be hooked!”

The San Diego River Park Foundation’s mission is to engage people to work toward a better future for the San Diego River and the creation of a 52 mile river parkway from the mountains to the ocean. The River Park Foundation is a non-profit community-based organization that was founded in 2001. For more information, visit http://www.sandiegoriver.org/.